Killer bees are spreading in California 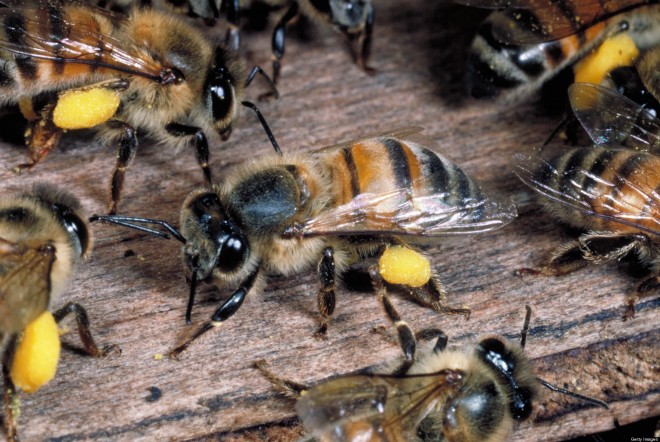 Killer bees are spreading in California

Biologists from the University of California, San Diego, have found that Killer bees are starting to expand their range northward since they were first discovered in 1994 in Southern California. Killer bees are actually hybrids between the European and African honeybee who have an aggressive behavior and the tendency to swarm their victims. African bees were brought to Brazil in early 1980’s to improve honey production but as they escaped they started to spread throughout South America, Central America and reached Texas in 1990.

As Killer bees are subspecies of the African type they probably breaded with the European honey bee that is mostly found in America. “The pattern of Africanization we documented in San Diego County and elsewhere in California appears consistent with patterns previously documented in Texas, where Africanized honey bees first appeared in the United States. After the initial wave of hybridization, the remaining bees have a mixture of African and European genes, with the majority of the genome from Africa.” said Joshua Kohn, professor of Biology at the University of California. Killer bees don’t have the ability to survive cold temperatures but because last year was the warmest winter on record in Northern California, the Africanized bees could have spread their range. Although Killer bees can be very dangerous, they provide the opportunity to improve the genetic stock of honeybees used in agriculture.

Africanized bees can be distinguished from European honey bees by their size, they are significantly smaller. Another trait of the Killer bees, is their aggression which can be explained by their genomes as they are created to better resist certain diseases that threatens their colonies.

Aaron GreenbaumApril 15, 2017
Read More
Scroll for more
Tap
Prehistoric giant virus will be revived by scientists
The first human head transplant will be performed in 2017