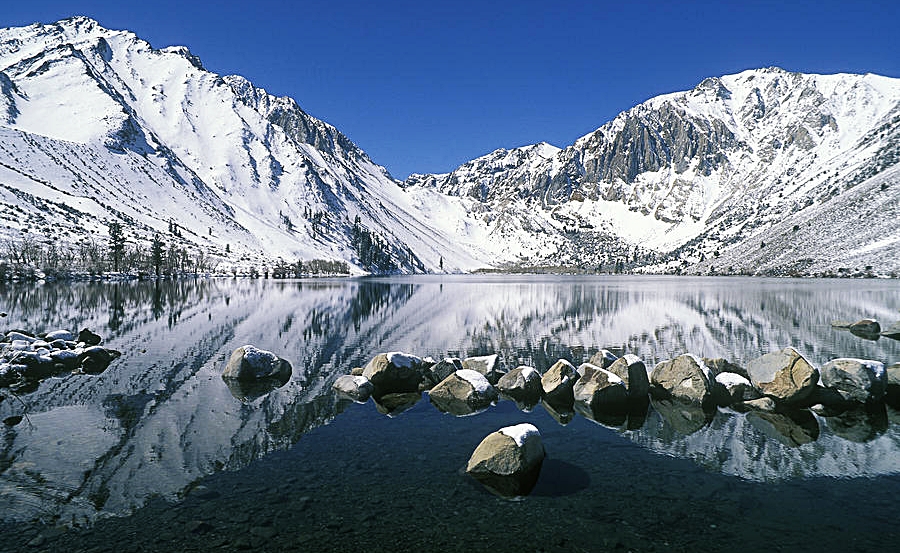 California is experiencing now one of the worst droughts in its history. It is so extreme that state authorities restricted the water usage. A new study shows that the snow blanket that covers the Sierra Nevada Mountain Range is at the lowest levels in the last 500 years. The scientists that wrote the study claim  this phenomenon has much to do with global warming.

The snowpack from the Sierra Nevada is a relevant indicator of this year’s drought. The April 1 snow water equivalent or SWE was at only 5% of its historical average. “We expected it to be bad, but we certainly didn’t expect it to be the worst in the past 500 years,” said Valerie Trouet, climatologist at the University of Arizona and one of the authors of the study.

The snow that melts from the Sierra Nevada’s’ snowpack is critical in filling the water reservoirs of California, that provide 30% of the state’s drinking water, electricity and wildfire control. California has a Mediterranean climate with 80% of the precipitations (rain and snow) happening during the winter months and a dry summer season. Starting from 2012 a series of severe droughts has affected the state, causing unprecedented wild fires.

The team of scientists from the University of Arizona tried to evaluate the snowpack levels of the Sierra Nevada from 500 years ago, to see how severe this year’s drought was. They compared two parameters: the growth rings from the endemic blue oak trees and  measurements of the mountains snowpack from 1930 to 1980. The blue oak’s rings are wider after a winter rich in snowfall or rain and narrower after a dry one.

“Having an ultrasensitive record of wet-season precipitation in ancient blue oak trees is a gift of nature to the modern water-dependent world,” said Dr. David W. Stahle co-author in the study. After analyzing the collected data, the team revealed that this year’s snowpack levels are occurring once every 1,000 years and that they coincide with the width of the tree’s rings. The rigs are narrower after an episode of low levels of snowpack, or winter precipitations.

The scientists pointed out that even though these kinds of events were rare in the past, due to the “anthropogenic global warming” the probability of severe drought events will increase in the near future. This means fewer winter precipitations and permanent low levels of snowpack in the Sierra Nevada Range, California’s primary natural water storage system.

The paper was published in the journal Nature Climate Change.