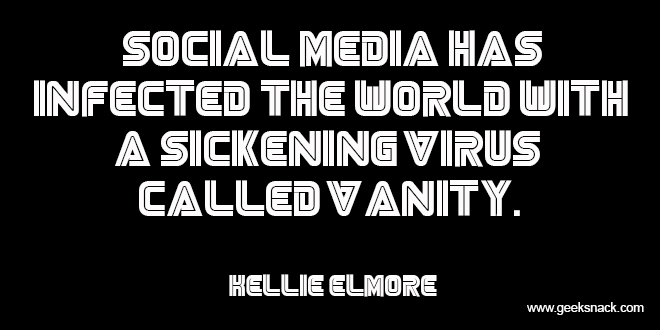 Honestly, I hope you are reading this because you’ve already seen the first and second part of “What’s wrong with society”, although the articles are written under various themes that make the points I am trying to reveal easy to understand. If you are interested to learn about how our society lacks proper parenting and education check out part 1 or check part 2 to understand how consumerism has transformed us in economic slaves and also how we are blinded by religious beliefs. 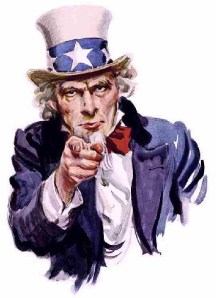 Except that 1% of puppeteers, the rest of us are puppets. Statistically speaking, we are very well categorized by our intelligence or more accurate, by our ability to seek the real truth. Around 15% of people are incredibly smart and inventive. They see the truth, but they are more concerned with exploiting their own intelligence than with the problems of society. About 25% are average persons who seek the truth and find it. Between those, 5% are trying to make a difference, they fight for society and are activists who hope that the rest of us will follow and eventually change the world. The other 20% are people like me, who see the truth, talk about it and try to expose it. Sadly, afterwards we continue being part of this disgusting lifestyles that are being imposed. These 20% are usually the depressed ones who try to fit in, but that doesn’t make them happy. The rest of 60% are all kinds of people, from those who don’t care about society, only about themselves to those who are so incredibly stupid or so deeply brainwashed that they find the society we live in fulfilling.

One of the reasons why society is not functioning properly is exaggerated patriotism. We have different cultures and religions and lifestyles, but that is not the problem. We all think our country is the best and the rest of the world should follow. Either my country represents the oldest civilization or we are the smartest, the richest, we have the best fighters, our food can’t be compared with yours, we are the most advanced in technology, we survived the most or many other excuses why a country is better than other is the real problem. Everything that makes us “proud” to be *insert nationality* are unimportant statements. All this bullsh*t is tearing us apart as a society. We should start understanding and accepting our differences, even more we should learn from each other and evolve. We have tons of reasons to fight, but those reasons could also reunite us. All in all, patriotism is like a disease that can be cured if we want it to. I know most of us don’t understand why we have this urge to sustain national or ethnic pride, a point very well explained by George Carlin in this video: 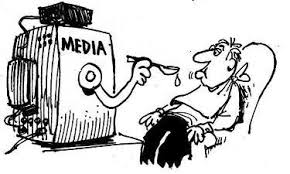 Why are most people content with how society is functioning today? We don’t have proper education, we are being indoctrinated since we are children, but curiosity cannot be taken away from us, it is a basic instinct. Why the majority stop asking questions and obey? We are zombies, I’ve previously said that. We stopped knowing ourselves and started wanting what others have. Jealousy, envy, hatred all fired up by mass media and social media. At first mass media was corrupted with disinformation and slowly it has been infatuated with celebrities. You can’t watch the news without going through bulls*t stories or what celebrity married who or who was arrested. Do you actually care who is dating who or who is getting a divorce? I don’t!

The music industry is flooded by pornographic content, musicians don’t write music anymore, they work hard on a seductive or violent music video to sell out. Unfortunatly, people enjoy it, they want more, they can’t get enough of it. Most of people don’t care that water was found on Mars, they want to know what the Kardashians are doing or which pop artist was more naked in her music video. Scandals, accidents or idiotic and fake reality shows are what people watch. They sit in front of their TV’s, eat unhealthy foods and complain about everything, about their jobs, about their families, about their lives. They can’t understand why they are not famous like those on TV. Why isn’t “real” life like theirs? Because that life is bullsh*t, it’s not real, yet most of us believe it. Everything on TV is indecent, violent and we wonder why children are becoming more perverted and angry and parents blame it on video games, when they should just throw their TV’s out. 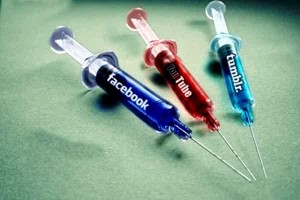 After mass media has become crap, we changed our attention towards social media. We hide under the fact that we want to remain more connected with others, but we build walls between us. We don’t communicate anymore, we don’t go out and even if we go out, we have to post pictures of our food on Instagram or check-in on Facebook.  Don’t you dare forget to tweet that funny incident you had while not paying attention to your surroundings because you were checking your phone. Just stop! I don’t even have to write about this, there are so many videos and articles about how we are more virtually connected, but in reality we are far away from each other that everything I want to say, has already been said.

There is one thing I’d like to point out, because attention is being put on the fact that we should care more about our offline lives: Stop posting stupid quotes! Every day I see a quote, or video or activist message posted by persons who I know don’t live by that. They think that by posting all this stuff, their image will be improved, they will become more intelligent in the eyes of others. Well, I’m sorry to inform you, but nobody cares! Stop believing that the number of likes determines what a great person you are, wait for the dislike button Facebook wants to add. I am actually concerned that suicide rates will grow because of that button. Your posts don’t determine what kind of a person you are, real life social interactions do. #YOLO

TV shows vs movies – Which one is better?
Nobody cares, but the HTC One A9 is coming in a week