Android 5.1 Lollipop spotted on two other Android One smartphones 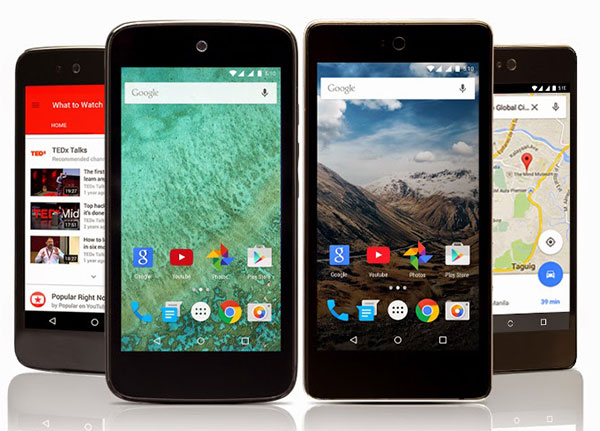 Android 5.1 Lollipop spotted on two other Android One smartphones

Google is continuing to tease us with Android 5.1 Lollipop as the highly anticipated update was spotted once again in the wild. A couple of weeks ago, we’ve heard reports saying that no fewer than three newly released Android One smartphones in Indonesia are offering the latest OS update straight out of the box. More recently, a similar story has surfaced but this time around we’re talking about only two new handsets, namely the MyPhone Uno and the Cherry Mobile One. These latest additions to the Android One lineup are only available in the Philippines for now and just like their Indonesian counterparts, they also feature Android 5.1 Lollipop straight out of the box.

Interestingly enough, Google is apparently still trying to keep the update under wraps and has not made any official announcements in regards to it. But according to a report by Phone Arena, multiple users who got their hands on either the MyPhone Uno or the Cherry Mobile One have reported that the operating system version is without a doubt Android 5.1 Lollipop. Since there is no change log just yet, we’re not sure what the update brings to the table, however, it’s pretty safe to assume that plenty of bug fixes are on the list. At the moment Android 5.0.2 Lollipop and prior still feature all sorts of nasty bugs, ranging from battery drain to memory leaks. One can only imagine that the people at Google have finally come up with some fixes and they’ve included them in Android 5.1 Lollipop.

For some reason the company is only offering the latest update to owners of their new Android One smartphones, which is a bit strange to say the least. Traditionally, Nexus and Moto devices have been the first to get a taste of any new update, but now it looks like the said devices are not the number one priority anymore. Still, let’s hope that Android 5.1 Lollipop will be made available to everyone sooner rather than later.