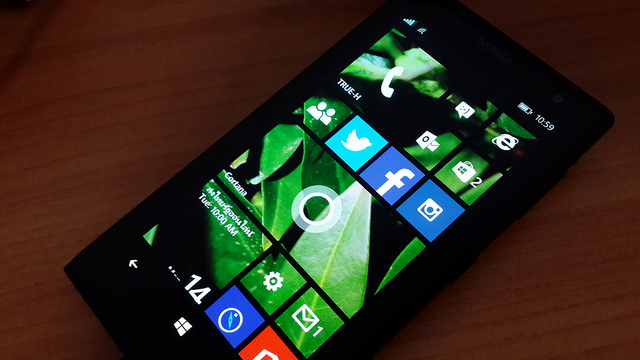 Despite the fact that everybody is eagerly awaiting for the release of Windows 10, Microsoft are apparently taking the time to provide one more update to their current mobile operating system. The long rumored Windows Phone 8.1 Update 2 was initially meant to come out a while ago but since the company is now focusing on the next big thing, many of us assumed that there won’t be anymore updates for 8.1. Well, it seems we were mistaken because the folks over at Neowin uncovered mentions of Windows Phone 8.1 Update 2 on Microsoft’s website. We’re not sure when the update is scheduled to make its first appearance, but we do know what kind of features we can expect to see. Also, the update is officially being referred to as Windows Phone 8.1 GDR2 not Windows 8.1 Update 2.

The current version of the mobile OS is unsurprisingly called GDR1, although most people know it as the Lumia Denim update. But names are perhaps less important, so let’s look at some of the upcoming features instead. Windows Phone 8.1 Update 2 will include a number of changes such as Video over LTE and Restore Start tile layout. In addition, the website says that the update will bring support for a few more languages, including Bangala, Khmer, Kiswahili, and Lao. Finally,  Windows Phone 8.1 Update 2 will also add new policies, bring a couple of configuration changes, remove the trailing MSISDN digits on a SIM card, and improve key handling and ProvXML.

Although it hasn’t been mentioned, Windows Phone 8.1 Update 2 is expected to start rolling out before Microsoft officially launches Windows 10. As you may or may not know, the company will be doing away with Windows Phone (or at least the name) in the near future and replace it with Windows 10. As such, all Windows Phone 8.1 devices will be upgraded to Windows 10 when the time comes. The upcoming operating system doesn’t have an official release date just yet, but it was confirmed that we can expect to get our hands on it by the end of the year.

Facebook launches ThreatExchange, the network for security
Android 5.1 Lollipop spotted on two other Android One smartphones