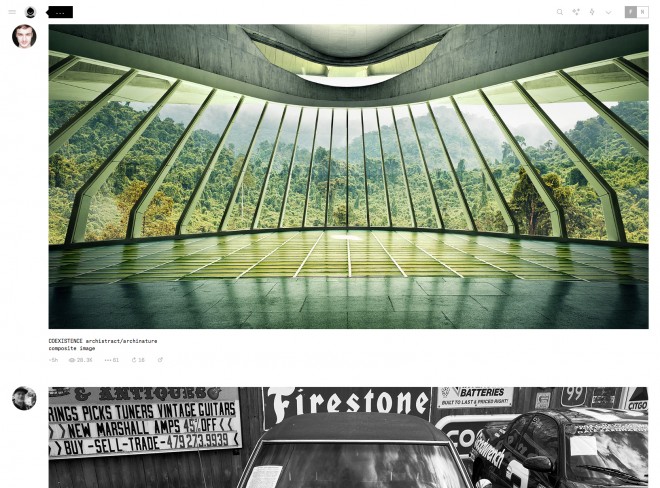 Ello, the anti-Facebook social network which is famous for its no-ads business model constructed around a clean user experience, has today launched the brand new Ello for iOS app in the iTunes store. Ello for iOS is completely free of charge and is completely free of ads as well, just like the web experience. Although the Ello beta and V2 web apps are improving and are getting a few updates soon enough (we will fill you in on that later), the Ello for iOS app sounds like the most promising social networking application on iOS so far. And that’s not counting the total absence of ads.

Paul Budnitz, Ello CEO and founder, has revealed that the Ello for iOS app will not only serve as a social network, but as a comprehensive networking platform that includes ecommerce and video streaming. Although the app will not be launched with these features, they are coming to the app and to the network soon enough. Today, however, we are glad to announced that Ello for iOS is working wonderfully and offering a seamless user experience for all those that don’t want ads and don’t want their user data collected, sold and monetized upon.

The new Ello for iOS app will focus on delivering a clean and easy to use experience, with almost all the features that are present in the web version, including reposting other peoples’ posts, sharing embedded audio and video content from sites like Youtube, Vimeo and Soundcloud among others, but also will enable sharing code from Codepen for programmers and developers, which is a feature you won’t find on any other social network. Although inward sharing will not be enabled in the app, outward sharing to platforms like Instagram, Twitter, Facebook, Gehance and Pinterest will be enabled. 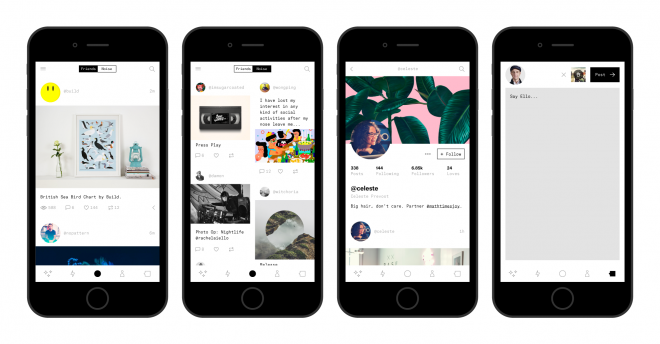 The Ello for iOS app is going to be completely free and available in the iTunes app store, and Paul Budnitz tells me there won’t be any data collection, any email collection nor any advertisements. Ello will offer premium features in the future, which you will be able to buy, but they won’t be compulsory and will not impact the way in which one experiences the Ello app. The new app will also bring forth private messaging and private groups, which will be launched in the web platform as well soon enough. These features were announced a while ago, but only now did the small team behind Ello manage to finish all the development work that needed to be done in order to introduce the new features into both the web app and the Ello for iOS app. Hashtags are also going to be launched alongside the app, both within the app and on the web platform.

Ello for iOS comes with all the features that you may want in a social media application, including push notifications, full search, finding friends, private messages, Loves, real-time alerts and an upgraded Discovery feature. With the app, you will be able to import address books, all the while staying secure and private, without your data being used by Ello or third parties. Moreover, users will be able to flag, mute and block users who they no longer wish to interact with, straight from the app.

Paul Budnitz also revealed that the Android and Windows Ello apps are in the works, with Android already almost done and development for Windows well on its way. The timeline for the release of these apps is set for late Summer or early Fall, although Paul did point out that it’s just an estimate release date, so we will update you guys on that side of things as soon as the team behind Ello are finished with their work.

Since the team behind Ello is as small as they get, developers are working around the clock to make Ello the perfect free social network which has no boundaries. Unlike with Facebook, Ello does not serve boosted posts and does not restrict the amount of people your posts eventually reach. The app and the web platform are designed to serve posts chronologically from everyone that you follow, which is not something Facebook does nowadays. On Facebook, people need to pay so that their posts can reach more people, which is against the Ello Manifesto. Ello is a completely free environment which prioritizes good content and it intends to stay that way. 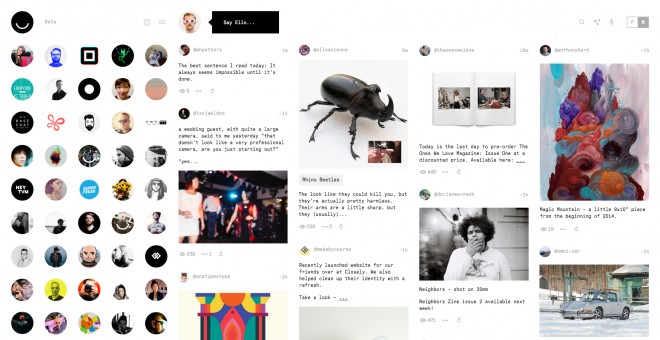 The most interesting part of Ello for iOS (and Android, Windows and web) that Paul Budnitz revealed is the ecommerce and video streaming side of things. Although these features probably won’t go live until next year, it’s an extremely interesting concept and it will most likely revolutionize the way in which we use social media today. According to Paul, the ecommerce platform of Ello will be integrated with all major payment platforms like PayPal, and it will let Ello users buy and sell their stuff directly through the app, without having to go through various hoops. Ello will subtract a small commission for sales done on the platform, much like eBay and Etsy do, which has so far turned out to be a very successful business model. The video streaming part was not detailed, but it’s a very interesting concept that we’re looking forward to.

I asked Paul Budnitz to sum up Ello and what he told me might represent the best direction in which social media could progress in the future, with Ello leading the way: ” The best thing about Ello for iOS is its cleanliness and simplicity. The only thing that you see on Ello are the things that you choose to follow. You will realize once you start using Ello, especially the app, how much interference there’s been on social media. Once you take that interference out, you just get a wonderful, uninterrupted experience. It’s not about the features, it’s about your experience and the things that you get to connect to. “