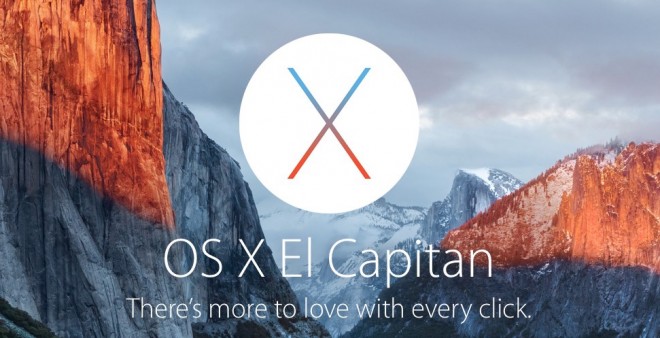 El Capitan is the new operating system, OS X 10 that Apple revealed in September with new improvements, which include a new Mission Control interface, Spotlight interactivity, pinned tabs for Safari and a split screen which allows you to use two apps simultaneously, side by side. El Capitan is 1.4 times faster than the other OS ‘Mavericks’.

But if you’ve stumbled upon some issues in the new operating system, don’t freak out. Apple just updated El Capitan with a number of bug fixes, compatibility with Office 2016 and 150 emoji characters.

The most important fix is to OS X 10.11.1, the enhanced installer reliability update. This update should remove some of the unpleasant issues, including restarts that happen without permission, automatically updates of the OS did not happen and the appearance of a blank screen that appeared and never went away.

Apple had also updated the Mail application that had an issue where messages and server information disappeared. Also the VoiceOver was a disaster when the new El Capitan OS was launched. It is good to know that the updated version will be cleaned up, won’t have any lags, delays or crashes within Safari, all this issues will be a thing of the past.

However now you don’t need to feel restricted by the English Language barrier, because Apple added 150 racially diverse emoji, to simply forget about the languages and use emoji to express our thoughts instead.

Other updates that Apple has released today are for iOS9, which also has a new set of emoji included and new wallpapers and for Watch 2.0.

Matt DavisAugust 25, 2020
Read More
Scroll for more
Tap
Spotify is the No.1 app in Apple’s App Store
Racist and homophobic sites are targeted by a hacker named Amped Attacks