WannaCry Attack Could’ve Been Prevented According to NHS 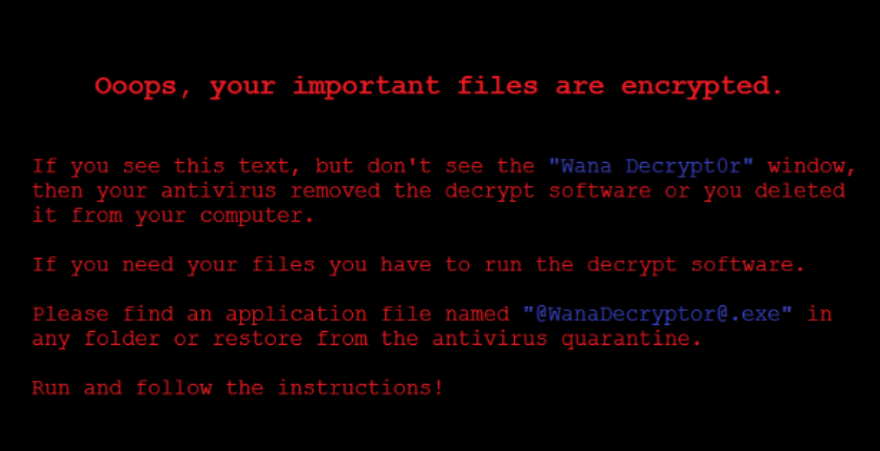 WannaCry Attack Could’ve Been Prevented According to NHS

The WannaCry Ransomware was one of the most dangerous viruses to hit America in recent history. It got to be so bad that even the person responsible for stopping it got arrested for creating other sorts of malware. However, some people found out the shocking fact that this could’ve been prevented quite easily by the NHS.

I’m not making this up, ladies and gentlemen. The National Health Service (NHS) was left vulnerable to the WannaCry ransomware attack because, despite local health trusts being warned to patch their systems, many had failed to do so. Why do I have this awful sense of Déjà vu?

According to a National Audit Office investigation, the impact of WannaCry would’ve been prevented if basic security practices were made by the NHS organizations. NHS Digital – The Health Service’s data and IT body – made critical alerts in this regard. Throughout March and April of this year, there were several warnings about patches for prevention of the WannaCry attack.

The reason behind this is because Microsoft issued a patch that protected people against EternalBlue. A hacking tool leaked by the NSA which spreads itself through networks as a worm. This exploit was the power mechanism behind the WannaCry attack, which led to the quick proliferation onto networks around the world.

From this point onwards, we all know what happened. The negligence of the people behind these organizations could’ve been prevented if they actually just made an update that took 5 minutes at best. It’s really baffling to see these organizations fall just because they don’t apply the proper security measures.

To add to the editorial written by my peer, Saul Bowden. The process of upgrading our systems is in our hands, and this isn’t going to change any time soon. If there’s something that these ret-I mean, people have to learn this year. It’s that Cybersecurity is no laughing matter, and not just anyone can be charged with handling these matters either.