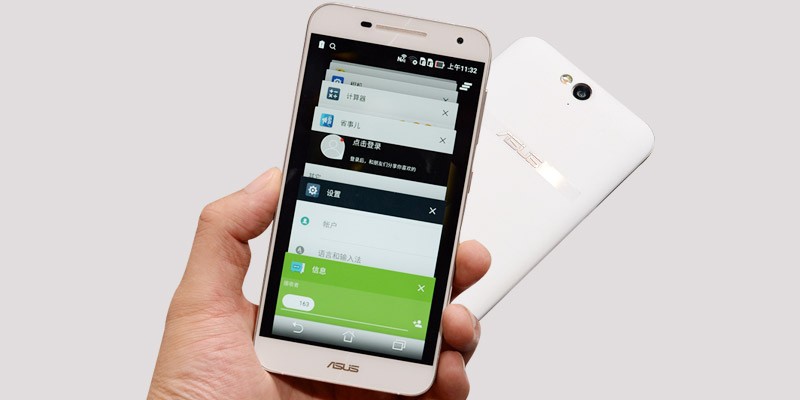 Asus to the international consumer market isn’t really about smartphones, but the company is still making them. Since the Asus ZenFone 2 stormed the market with its excellent bang for buck and generally positive reviews, the company is gaining steam. Their most recent launch in the smartphone department is the Asus Pegasus X550 and it’s quite an interesting phone. If you were impressed by the Sharp Aquos Crystal, Nubia Z7, or Pantech Iron, this is one you’re going to be interested in. The Asus Pegasus X550 is a mid-ranger at its core, but a flagship in its appearance. The device has a display that goes from one edge to another, with a virtually invisible bezel.

The Asus Pegasus X550 was launched in July, but was an Asia-exclusive release. Now, GearBest got their hands on the device and you can even pre-order both storage variants until Halloween. The 16 GB Asus Pegasus X550 price is $255 after coupon ASX550, and the 32 GB version of it costs  $268 after coupon ASX550GB. The design of this phone is its main selling point, and although the upper and lower bezels are still pretty big, the ones on the side are hardly visible and look pretty neat. The phone’s body is largely made out of plastic, with a metal frame around the chassis. The sides of the phone are rounded, with speakers on the rear.

For a smartphone with a 5.5-inch display, the Asus Pegasus X550 has a comfortable footprint, facilitated by the design. The phone is a bit thick and heavy at 156 grams, but it does house a big 3030 mAh battery which should provide two days of regular use, so I think it’s a fair trade-off. Up front, the 5.5-inch display comes with an FHD 1080*1920 resolution resulting in 401 ppi. Under the hood, we’re greeted by the mid-range Snapdragon 615 processor, backed by 3 GB RAM, 16 or 32 GB internal storage, microSD slot, dual SIM slots and Android 5.1.1 Lollipop with Zen UI on board.

The Asus Pegasus X550 camera on the rear measures 13 MP and comes with a single LED flash and autofocus, while on the front the company chose a pretty beefy 8 MP camera for selfies. Although the smartphone’s design is pretty neat and its specs are decent too, Asus has better things to offer. The ZenFone 2 is a powerful smartphone which deserves much more recognition than it gets. If you were to choose, choose wisely and based on your own needs and preferences.