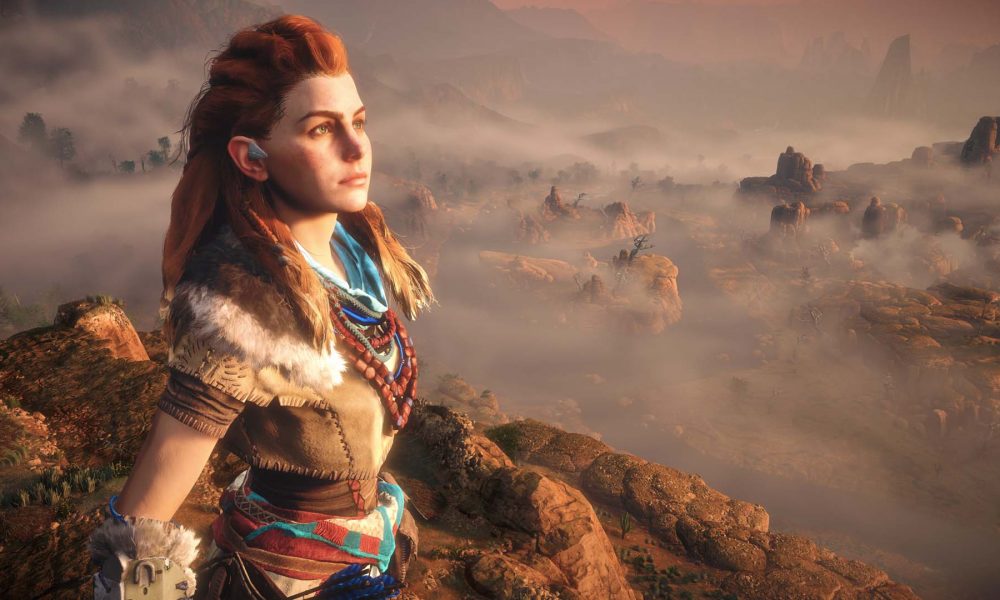 2017 is almost gone, and all the games worth getting have already been released. Sure, the Advance Wars-inspired Tiny Metal will release in a few days, but since the developer has been accused of mismanaging Kickstarter funds, it’s best we not talk about that game. We received some surprises, some disappointments, and more than our fair share of downright scams (coughStarWarsBattlefrontII‘slootboxescough). But, which games came out on top this year? Here’s my list of the best games of 2017. Note: this list will only include new games, so re-releases and remasters such as Okami HD, .hack//G.U. Last Recode, and the Nintendo Switch port of The Elder Scrolls V: Skyrim don’t count.

Every so often, a game comes along that invents a genre, or at the very least popularizes it, and spawns a cavalcade of clones. DOTA created the MOBA genre; Demon Souls created the Souls-like genre (but Dark Souls popularized it), and this year’s PlayerUnknown’s Battlegrounds has popularized the “battle royale” genre wherein players are dropped into a remote location and forced to scavenge for weapons and armor to become the last man (or woman) standing. Think of the game as the cult classic Japanese movie Battle Royale (and not the overrated The Hunger Games) in video game form. PlayerUnknown’s Battlegrounds is low on the list because it’s very niche and not for everyone, but it came out of nowhere and quickly became an official esport, so I have to give the game props.

The Internet exploded when ex-Rare employees announced the spiritual successor to Banjo-Kazooie, Yooka-Laylee. However, the game became a victim of its own hype and disappointed gamers. The game is not bad by any stretch of the imagination and a far cry from the dumpster fire known as Mighty No. 9, but it just couldn’t live up our expectations. Gears for Breakfast’s indie game A Hat in Time, however, did. It is everything we wanted from Yooka-Laylee, if not more. The game has all the charm of the 90’s 3D platformers that inspired it and includes smooth (camera) controls that were simply unavailable back then, which isn’t something that can be said about Yooka-Laylee. A Hat in Time demonstrates that, in the right hands, 3D platformers have a bright future.

Classic isometric RPGs are making a comeback, and Larian Studios’ Divinity: Original Sin 2 stands head and shoulders above the rest with almost unprecedented freedom. The game can be played as a standard isometric RPG, but the developers also designed the game so players can solve in-game puzzles and problems (including boss fights) in inventive and novel ways. When you take into account in-depth systems that completely change the story if players so much as wear the right hat, Divinity: Original Sin 2 becomes a must-play game for RPG lovers.

Persona is a franchise that has been going strong since 1996, thanks to a combination of memorable characters, gripping stories, and some of the best music ever created for any medium. Persona 5 continues the glorious tradition of mixing classic, fantasy turn-based RPG battles and slice of life high-school life simulation to create an experience far removed from pure-fantasy RPGs such as Final Fantasy.  Moreover, Persona 5 oozes style and is immediately recognizable even when compared to previous Persona games. We can only hope Atlus keeps up this level of quality for subsequent entries.

Ninja Theory sought to create a game with a AAA level of polish and an indie level price tag, and it succeeded. The game is just drop-dead gorgeous, surpassing many AAA games released this year, both in terms of graphical fidelity and art direction. The story is also unique and stars a protagonist with a realistic portrayal of psychosis, which isn’t something I thought I would ever say. Hellblade: Senua’s Sacrifice demonstrates that, with the right team, a game development studio can create a AAA game without an AAA publisher, because far too many of those force studios to ruin their games with shoehorned multiplayer modes and microtransactions, not because they’re necessary but because they artificially inflate profits.

Another indie game vastly superior to most AAA games released this year, Cuphead is also the most difficult game released this year. While the game is jokingly referred to as the Dark Souls of side-scrolling platformers, it actually deserves that title thanks to its tough-yet-fair bosses and emphasis on memorizing enemy patterns. Cuphead is also a love letter to classic Fleischer Studios cartoons and nails the art style, music style, and audio quality. While the game’s difficulty makes it a hard sell for all gamers, it’s still a must-buy (or try) thanks to everything else.

Have you ever seen a Super Mario game that isn’t “game of the year” worthy? Super Mario Odyssey continues that proud tradition of superb level design and breathtaking atmosphere and music. Unlike recent games, Odyssey utilizes large, expansive levels that border on open world. The game also up-ends how time-honored coins work, does away with lives, and introduces the Swiss Army hat known as Cappy — all to great effect. Everything about the game comes together to create one of the best Super Mario experiences since the timeless classic Super Mario 64.

Introducing new IPs is a risky proposition. These days, the only games that seem to be successful are sequels, reboots, and re-releases, but Guerrilla Games demonstrated that not only can developers create new game worlds, but they make these games more successful than those with preexisting fanbases. Horizon Zero Dawn creates a living, breathing world filled with breathtaking landscapes and beautiful robot animals (yes, I am aware of the irony of stating robots help create a “living, breathing world”) that can only be taken down in intense and satisfying Monster Hunter-esque battles. If you buy only one game for the PlayStation 4, make it Horizon Zero Dawn

2. The Legend of Zelda: Breath of the Wild

The Legend of Zelda: Breath of the Wild just barely, BARELY beats Horizon Zero Dawn for this spot. While Breath of the Wild has some design flaws, including/especially weapon durability, eventually you begin to enjoy the game so much you just accept these flaws and use them to your advantage. The game oozes character and is a joy to explore. Heck, I have yet to do any main quests in the game and have only wandered around semi-aimlessly, looking for any shrines and Korok Seeds I can find; it’s just that enjoyable to get lost in Breath of the Wild‘s world. And that doesn’t even include the game’s little nuances, including the ability to hurt/scare enemies by dropping objects on them, to sneak up on and ride wild horses and bears, and to climb any surface unless it’s raining — just to name a few. I could gush about The Legend of Zelda: Breath of the Wild all day; it’s just that good a game.

As much as I love Breath of the Wild, I have to go on record saying Resident Evil VII is the best game of 2017. Why? Well, after Resident Evil 6, we all assumed the franchise to be dead, but Capcom took a page out of Konami’s P.T. demo (no, I still haven’t forgiven them for cancelling Silent Hills, firing Hideo Kojima, and alienating all of its fans and employees) and created one of the best survival horror games of recent memory. Resident Evil VII is a return to Resident Evil‘s survival horror roots and demonstrates that to scare gamers, all you need is fantastic audio design, claustrophobic corridors, and a feeling of helplessness even when you have a gun. No cheap jumpscares, just good old fashioned good game design. Resident Evil VII is, without a doubt, the best game of 2017, and fills me confidence that Capcom can live up to future promises, especially those regarding Monster Hunter: World and Mega Man 11.