3Doodler 2.0 is the 3D pen everybody would like to have 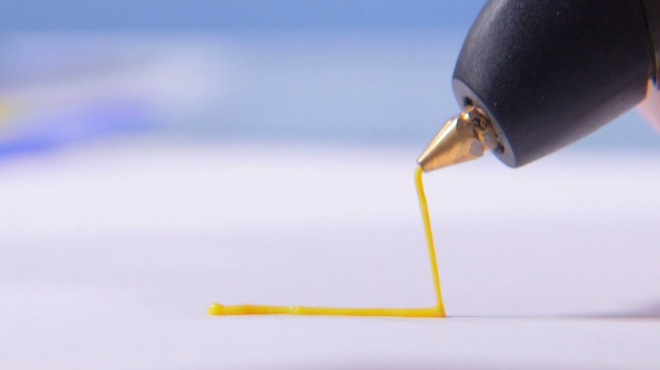 3Doodler 2.0 is the 3D pen everybody would like to have

The 3Doodler made famous by Kickstarter is making yet another comeback and attempts to draw tech and 3D printing enthusiasts in with the upgraded version of the 3D printing pen, simply named the 3Doodler 2.0. The original model of the 3D printing pen was quite a hit on the crowdfunding website, and the first of its kind, created by WobbleWorks and launched in 2013. Now, the company has started a crowdfunding campaign for the successor of the innovative gadget.

The idea behind 3Doodler is that it allows you to draw three-dimensional figures and shapes in thin air, a concept which has caught on neatly in the past year. As long as you have an inkling of graphic talent hiding in you, you can use the 3D printing pen to draw anything you would like. The principle behind the pen is that it heats and rapidly cools plastic, the material which you will be drawing with, so that you can actually draw mid-air without any issues. The first issue of the 3Doodler sold in over 130,000 copies and the new version aims to sell even more than that.

3Doodler 2.0 works in the same way the original gadget does, but the company managed to make it half as light so that you can use it more easily. According to WobbleWorks, the new iteration of the 3D pen will become the world’s smallest 3D printing pen once it is released. The team has redesigned the pen and has made it more power-efficient, featuring a redesigned nozzle and variable speed and temperature controls so that you can play with textures when drawing. The gadget has already surpassed its goal of $20,000, actually reaching $602,700 in funding, with 15 days of the campaign still left.

That’s an amazing feat for a Kickstarter project, in my mind. If you are interested in the nifty little gadget, you can pledge $50 to get it. Shipping should begin next month, so those who have already pledged must be excited to receive their new play-toy. At the moment, the original 3Doodler is out of stock and there’s no news about a restock anytime soon, so you might be better off with the newer version.