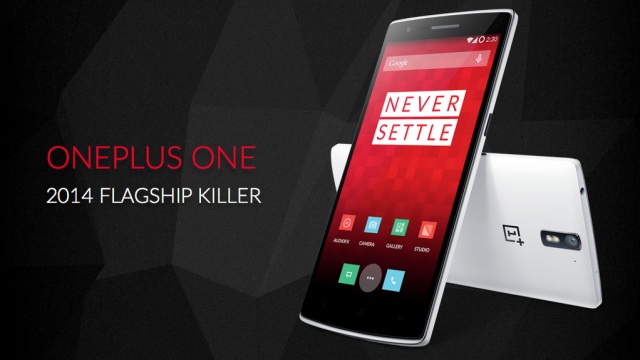 A large number of people have been throwing their money at Chinese manufacturer OnePlus in an attempt to persuade them to open the flood gates and make their ‘flagship killer’ smartphone widely available for purchase. Alas, the company seems determined to keep the invite system in place for a while longer. That said, the situation is set to improve a little because tomorrow, February 10th the OnePlus One will be made available without an invite to all those who want to buy it. Moreover, the company is starting a trend here because from now on this ‘promotion’ will take place each and every Tuesday all around the world, except in India for some reason.

The OnePlus One is a flagship smartphone that features a 5.5 inch display with 1080 x 1920 resolution, 401 pixel density, and Corning Gorilla Glass 3 protection. A quick peak under the hood reveals a powerful Qualcomm Snapdragon 801 chipset complete with quad-core processor clocked at 2.5 GHz, Adreno 330 GPU, and 2 GB of RAM. The OnePlus One also comes equipped with 3 GB of RAM, a 13 MP primary camera alongside a 5 MP secondary selfie snapper, 16 GB/ 64 GB non-expandable internal storage memory options, 3,100 mAh battery pack, and Silk White/ Sandstone Black color options. The OnePlus One runs on Android 4.4 KitKat right off the bat and is expected to upgrade to Android 5.0 Lollipop or later in the near future.

The Chinese manufacturer is currently working on a follow-up to the OnePlus One that should arrive sometime during the third quarter of the year under the name OnePlus 2. For more information on the device make sure to check out the official website here.

Zach RileyNovember 8, 2022
Read More
Scroll for more
Tap
Hoverboards are real, but will they work as expected?
LG G2 vs LG G3: why give up on a good flagship smartphone?