Hoverboards are real, but will they work as expected? 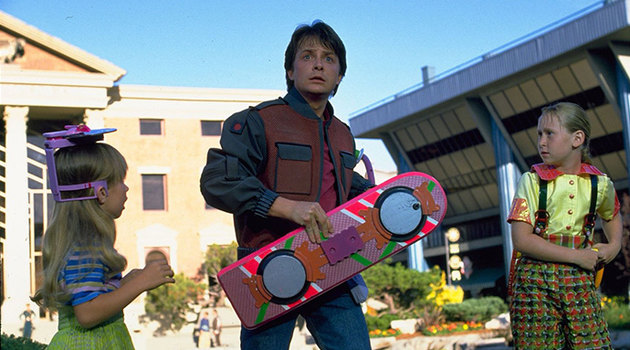 Hoverboards are real, but will they work as expected?

Just like Back to the Future predicted way back in the 80’s, hoverboards will be available to all in the year 2015. Well, kinda. The thing is real alright, but it will still take some time before it will be widely available for purchase. The contraption in question is called the Hendo hoverboard and although it’s not quite as impressive as the one featured in the said movie, it’s the first real step  towards accomplishing a board that’s identical to the one Marty McFly rides. This particular board is bigger, less maneuverable, needs metal underneath it, and hovers less above the ground, but it DOES hover, which is the main point here.

If everything goes according to plan, the first Hendo hoverboards will be available to customers by October, along with a development kit that will allow people to further improve on this technology. Interestingly, this started off as a Kickstarter project that proved to be very successful and gathered over $510,000 from more than 3,100 backers. However, only a handful of backers were able to pre-order one of the Hendo hoverboards and they paid a mighty high price to do it. We’re talking about no less than $10,000 to ensure full bragging rights and the honor of being among the few people in the world to ride one of these hovering vehicles. Was it worth it? Of course! However, technology has a tendency to get cheaper as it becomes more widely available, so don’t be sad if you won’t have 10K to spend on the Hendo hoverboard when it launches because it’s likely to get quite a bit cheaper in the coming years.

Now, if you like the idea of hovering above the ground but don’t feel confident that you can keep your balance on the Hendo hoverboard, know that other companies are working on different hovering vehicles. Elviss Straupenieks’ AirBoard is one such vehicle and it looks much more stable, at least in concept. This vehicle consists of a platform powered by four propellers and a handle that will make it easier for the user to steer. Basically, this is not exactly a hoverboad, but rather a hovering electric scooter. The creator of the AirBoard claims that his machine will be able to carry a weight of 220lbs or more while hovering at up to 5 feet above the ground. While Straupenieks may be exaggerating a bit here, there’s no denying that this vehicle could have plenty of useful applications, especially since it can be controlled remotely with the use of an app. In theory, the AirBoard is a small manned aircraft that will help people traverse difficult terrain and other natural obstacles. The marketing video suggests that those living in inhospitable areas will make the best use of it, but considering that it’s expected to cost $13,000, it seems more likely that it will become a toy for rich people at launch.

The technology for hoverboards is definitely starting to surface and it seems like it’s just a matter of time before the events predicted by Back to the Future become real. Well, at least some of them. It will probably still take another two or three years before improved hover vehicles become widely available and the price for them turns reasonable, but I think the wait will be well worth it in the end.

The Apple self-driving car doesn’t exist, yet
OnePlus One will be available without an invite every Tuesday from now on