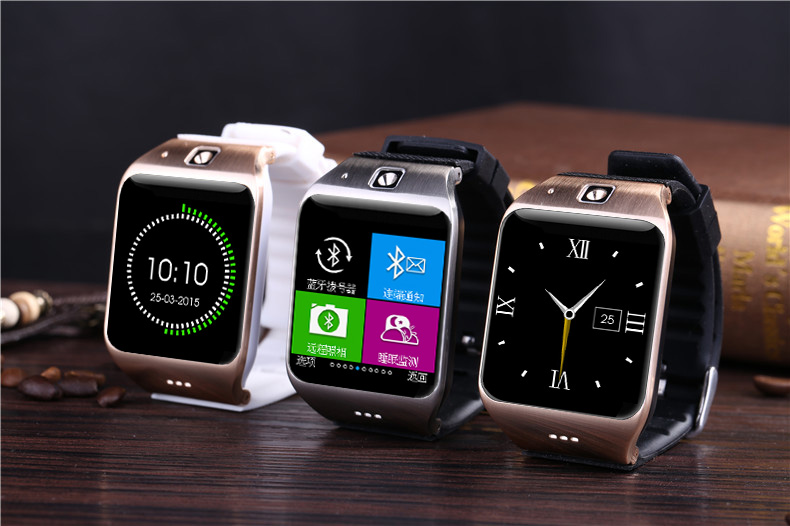 On the Chinese market, away from the prying eyes of the international big corporations, there are hundreds and thousands of smaller companies developing their own gear. The LG118 is one of these independently developed gadgets that might be interesting and affordable enough to grab your attention, at least for a couple of minutes. The first interesting thing about it is its price, which is only $26 unlocked. If the unlocked part confuses you after seeing the photo above, you should know that indeed, this smart watch comes with its own SIM card slot so that you can use your own SIM card and GSM network to make calls and send texts.

The LG118 is currently on presale on GearBest and you can buy it for only $26. Hurry up though, because there are only a few pieces left in stock! The LG118 is a wearable multitasker with fitness tracking capabilities, a built-in VGA camera, Bluetooth, NFC and a SIM card slot. It resembles the Apple Watch a bit when it comes to design, but it isn’t as fancy. Still, it offers a steel case and a TPU band that won’t irritate the skin, so for the price, it’s a rather high-quality offering.

Under the hood, the LG118 smart watch comes with all the sensor you need for accurate fitness tracking and sleep monitoring, as well as connectivity to make the device useful for when you tether it to a phone. Although it doesn’t have to be tethered in order to work, since you can make calls and send texts without having your phone with you, tethering it means you can access internet through the watch. Otherwise, it doesn’t have its own 2G, 3G or 4G antennae nor does it have Wi-Fi.

The LG118 comes with a 1.54-inch rectangular touch display that has a 240*240 resolution. It also comes in English and other languages, so you don’t have to worry about not understanding the menu. It comes with 64 MB RAM under the hood, Bluetooth 3.0m a microSD card slot and a massive 550 mAh battery which should definitely last a couple of days, depending on how much you actually use it to call and text with the SIM card.

According to GearBest, the LG118 is also waterproof and features remote capture, anti-lost features and sedentary reminder which will tell you when you’ve exaggerated with the relaxation. It has its own radio in case you don’t have an SD card with music on it or if you don’t want to connect it to your phone, which is nice. If you can connect it to some Bluetooth headphones, you’ve got a rather powerful media device right there. Any takers?