As the merry month of May dawns again, blockbuster season and televisions second run premieres are upon us. These are a few highlights bursting forth from the genre world via Hollywood, Canada and points beyond this month.

“Avengers: Age of Ultron” (In theaters May 1st)

After a well needed rest from trouncing Loki and the forces of evil, Marvel’s team of uber-heroes return for their next round of clobbering. This time they face off against Ultron, the self-fulfilling android prophecy originally created from adamantium by Hank Pym. Differing from the comics, this new incarnation of Ultron comes to life as a byproduct of Tony Stark’s (Ironman—played by the ever affable Robert Downey Jr.) defensive program designed to bring about world peace. Never saw that twist coming, did we. Will the Avengers be able to defeat this highly adaptive villain in time for the 2018 sequel? Only time will tell. Either way, it will be one of the most exciting new releases of the 2015 blockbuster season. 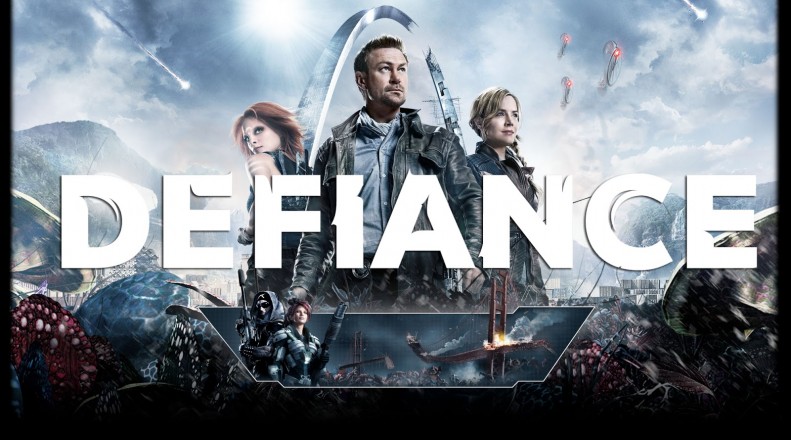 Need to catch up on your “Defiance” backstory before season 3 premieres on June 12th? Check out Netflix and Amazon Prime on May 19th (currently available on Hulu Plus). Keep up to date on the happenings in the independent colony of Defiance and all the Voton-human integration difficulties and the challenges of recolonizing our now alien world.

“Tomorrowland” (In theaters May 22nd)

If you’ve ever set foot inside a Disney theme park, you’re likely familiar with Tomorrowland. Somewhat of a misnomer, this world of tomorrow features the flying cars and robot servants from a future dramatically divergent from our own. The premise for this flick has George Clooney strapping on his sci-fi boots as a would-be inventor who knows a little more than he’s saying about the magical pin which proffers visions of a tomorrow land to a young woman–hence, the film’s namesake. Of course, in the film as in life, many of our ideal tomorrows have, like good intentions, paved the road to a figurative or literal hell.

Showtime’s potpourri of gothic supernatural delight begins its second season with the predators becoming the prey. After being forced to destroy his daughter Mina to save Vanessa, the vampires are none-too-pleased with Sir Malcom. As a result, they retaliate against their would-be destroyers. Meanwhile, Dr. Frankenstein continues his diabolical quest to reanimate Brona while under the thumb of his psychotically driven creation.

This action thriller should keep disaster film fans on clutching their seats. It should also be a little bit of revenge for anyone who’s dealt with rush hour traffic in LA. Likely filled with scads of CGI devastation, this little sleeper of a film follows chopper pilot Dwayne “The Rock” Johnson as he tries to rescue his family after The Big One hits California. Expect lots of rubble—and not just the popcorn remnants beneath your feet.

“Extraterrestrial” on Netflix (On Netflix May 12th)

If you missed it before, this 2014 sci-fi/horror film arrives on Netflix this month for your streaming pleasure. Starting from a unique premise, a group of young friends isolated in a wooded cabin are assailed by alien baddies—rather than a man with a mask and a machete. Slasher film tropes may abound, though. Will the jock die in some unseemly fashion while trying to bone the cheerleader? Will the stoner be probed while trying to hook up with the snooty preppy girl who loathes him? There’s only one way to find out: kick back and load up this B-grade fare popcorn fare. 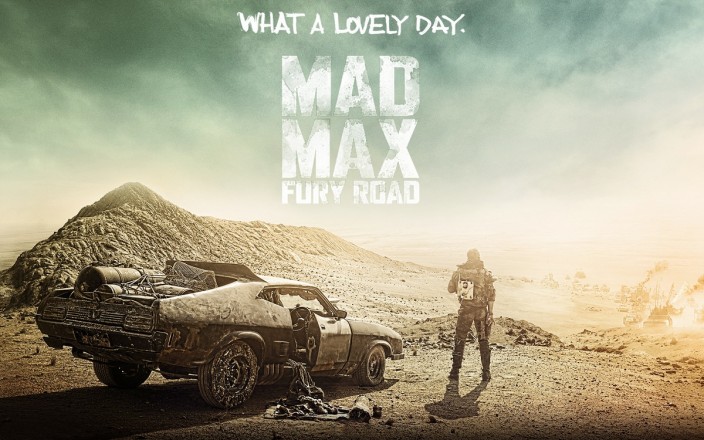 Since taking a breather from the post-apocalypse to make a saccharine pig movie or two (not that there’s anything wrong with that), George Miller returns to the wild and wooly post-apocalyptic Outback. This time he does so without an inebriated, curmudgeonly anti-Semite—at least not as its titular lead (although we may catch a glimpse of the original Max). And this sequel promises to be one of the most action-packed new releases of the season. Miller reputedly shot the film based primarily on storyboards instead of a script. As a result, audiences can expect less dialogue and more dynamic set pieces as a new generation struggles in a world short on oil but long on bondage gear.

“Between” Series Premiere (On Netflix May 21st)

After an enigmatic outbreak decimates everyone over 21 in the burg of Pretty Lake, a pregnant minister’s daughter (played by Jennette McCurdy) struggles to deal with life minus the geriatric set. With six episodes of this Canadian-penned Sci-Fi drama slated for release, as well as a web series featuring yearbook interviews with different high-schoolers, there are plenty of ways to get exposed to the televisual contagion. Just make sure to quarantine yourself with enough beverages and snacks.