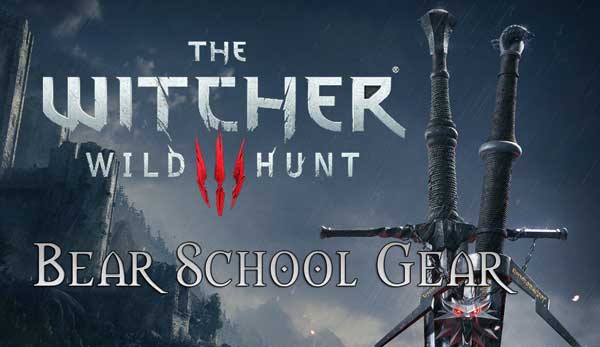 The base Bear School Gear is in Skellige, so you’ll need to have made your way to the isles before you can find it. Although the base gear requires Geralt to be a higher level than the base gear of the Griffin and Cat School Gear, all three mastercrafted gear sets require a similar level.

Our first diagram is located on Ard Skellig. That’s the largest island. Go to the Rogne fast travel point and head north. This is going to be a tough one to grab. Following the path north, you’ll find it ends at a ruin with a guarded treasure marker. The diagram is in a dead body that is guarded by two gargoyles and one ice elemental. All three are high levels and are very tough to kill. It’s best to take them on one at a time. Once you’ve killed them, you have access to the diagram. 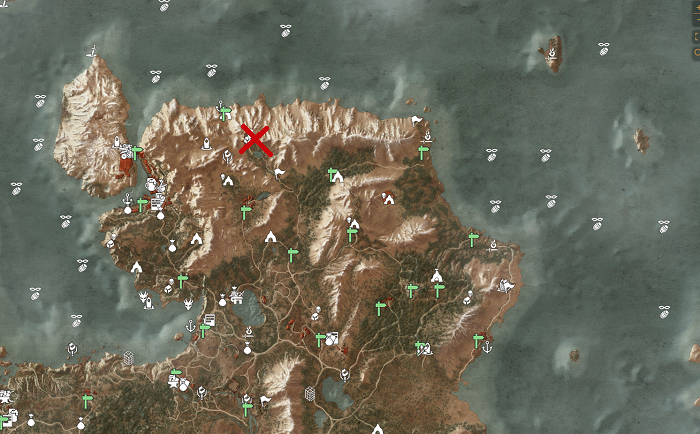 Note: You can save yourself some time here by picking up the Enhanced Ursine Gauntlets diagram at the ruined fort you passed on your way north to this diagram.

This diagram’s on the southern end of Ard Skellig. Go to the Ruined Inn fast travel point, which is east of Fyresdale. You’ll find some ruined buildings with a siren monster nest. Kill them and destroy the nest to free up the little village. Then you can go to the burnt inn. You’ll need to use Aard to get through to the basement, where you’ll find a couple of wraiths. Kill them to loot the chest with the steel sword diagram. 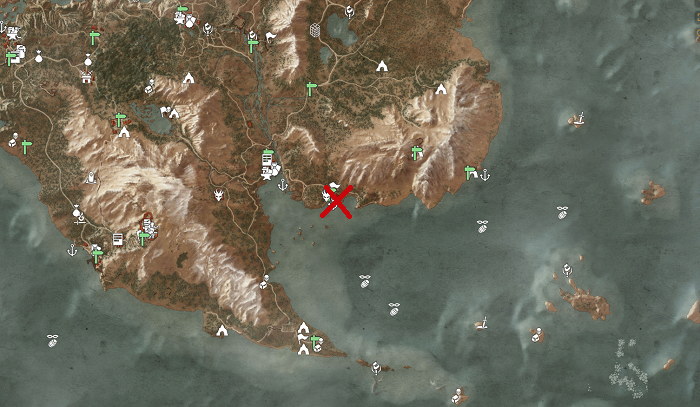 You’ll want to go to Spikeroog, the north-western island. Head to the Old Watchtower fast travel point (if you haven’t unlocked it yet, just follow the road south from Svorlag). Follow the road as far south as it will go and you’ll reach the coast. There’s a cave entrance nearby with a few drowners – easy peasy. Go further into the cave and turn right when the tunnel forks. Jump across the ledges and you’ll find the diagram in a skeleton by the wall. 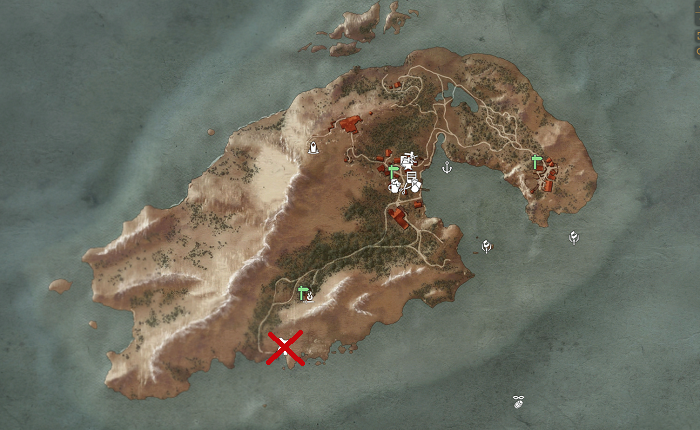 Although there aren’t any particularly strong enemies guarding this chest, this may be the one that takes the longest to reach, so be patient. Go the the Urialla Harbour fast travel point, located on An Skellig, the north-eastern island. Follow the road east and then north. You’ll encounter some rocks lying on the road you’ll need to climb over. Follow the road further and you’ll notice some of it has fallen off. This is where the fun begins.

Save your game here so if you fall, you won’t have to run all the way back around. Geralt’s rock climbing skills are a little tenuous, so this may take a few attempts. Get a good run up and try to land on the cliffs rather than the path – that way you can try to slide across to the next path. (I simply spammed the jump button until I reached the other side.)

Eventually, you’ll reach the ruins of a fort. Go inside, down the stairs, and fight the wraiths. Pull the level to open the cells, revealing a cave entrance inside one of them. The cave isn’t very big, but you’ll want to go right at the crossroads and climb back into the fort. Loot the chest beside the throne and pull the lever to get outside. 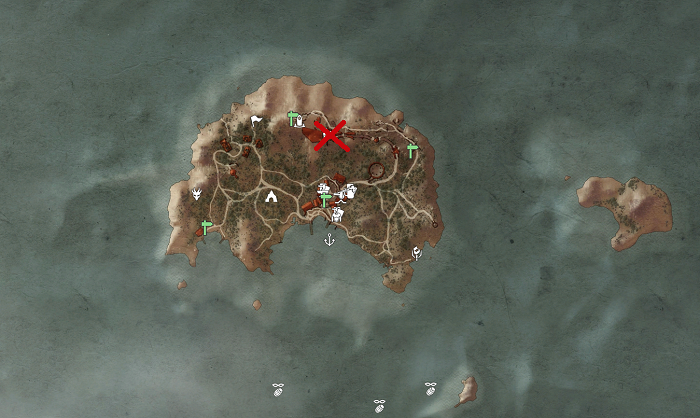 Note: If you climb up the ledges outside the fort you can reach a path that will lead you to a place of power and to the Yngvar’s Fang fast travel point!

Dishonored II Accidentally Leaked Via Twitch
DOTA 2 To Be Overhauled