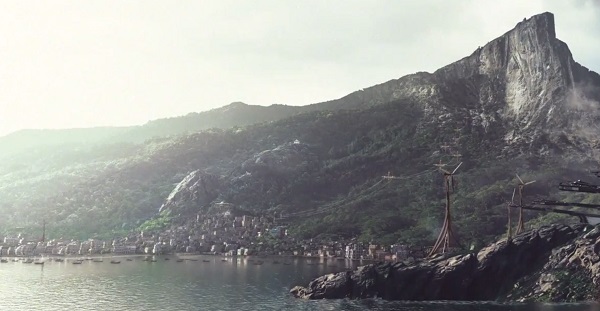 Dishonored 2 was confirmed at Bethesda’s E3 press conference last week, and now the first details of the long awaited sequel to the stealth hit Dishonored are coming in. Dishonored 2 will take place in Karnaca, an entirely new city in an entirely new region. With Dishonored 1 taking place within the streets of Dunwall, fans are excited to see more of the empire.

Dishonored 2 takes us to Karnaca, the capital city of Serkonos at the southernmost end of the empire. It’s known as a cultural hub, a metropolis where people from all over the empire, with all of their cultures and customs, mix together. The city is a popular tourist destination for the upper classes. It’s also got some pretty tough police, called the Grand Serkonan Guard, that will likely serve as the main enemy force in Dishonored 2.

As for Serkonos, the country where Dishonored 2 will take us, it is known as the “Jewel Of The South.” Famous for its vast beaches and warm climate, it’s where wealthy of the empire go for a relaxing getaway. It’s also famous for its spicy cuisine and traditional dances, which children learn early in life. Remember the blood sausages Corvo could eat throughout Dishonored 1? That’s actually a Serkonan recipe. Sounds delicious.

While many fans of Dishonored 1 may not have even heard of Serkonos or its capital Karnaca before the announcement of Dishonored 2, the choice to use this land as the next game’s location is no coincidence. Both Corvo and Daud, the only two playable characters from Dishonored 2, were born in Serkonos. In fact, Corvo is the first person ever to hold the position of Royal Protector who was born outside of Gristol (of which Dunwall is capital).

Dishonored 2 may also reveal some interesting details about the events of the first game. There’s an old Serkonan poem called “Death in the Month of Songs” that strongly alludes to the rat plague that wreaks havoc in Dishonored 1.