League Of Legends Gets A New Champion: Tahm Kench 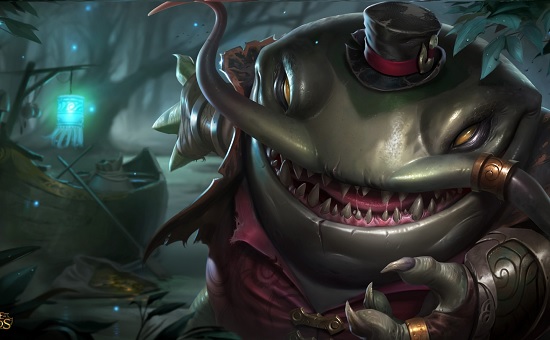 League Of Legends Gets A New Champion: Tahm Kench

League Of Legends now has another new champion. Named Tahm Kench, he’s… well, he’s a big hungry fish. Riot teased us with a trailer last week about “The River King” that showed a creepy-looking fish at the end. Turns out, that fish is the newest champion of League Of Legends.

Riot has already introduced two other new champions to League Of Legends this year. Back in February, we got Bard, a weird-looking chimes guy described as “the Wandering Caretaker.” Last month we got Ekko, described as “the boy who shattered time.” It might seem odd that Riot is releasing a another champion just a month after its last one, but nobody’s complaining. And let’s not forget that we’re halfway through the year and, without Tahm Kench, League Of Legends has only seen 2 new champions for 2015.

So how does the River King do in matches? Tahm Kench is a support character, but is also tanky and will excel in solo play. His main ability involves eating everything – and everyone – in his way. Think Kirby, but with gills. He can gobble down enemies and store them in his belly, which removes them from the battle for some time. That will clear some space for his team members to advance. (Don’t worry, he eventually spits out his enemies.)

But the River King doesn’t just eat enemies. He’ll also eat his allies. While they’re in his belly, they are immune to damage. This will obviously be useful for getting team mates out of tricky situations, particularly the less tanky ones. Swallowing allies also allows him to perform his signature move – jumping into a whirlpool that will teleport him (or throw him) straight towards the enemy team. He’s also got a passive regeneration ability.

Riot haven’t said exactly when Tahm Kench will be released, but they say they’re “almost finished.” With the details of the new champion released, we should expect to see him fairly soon.