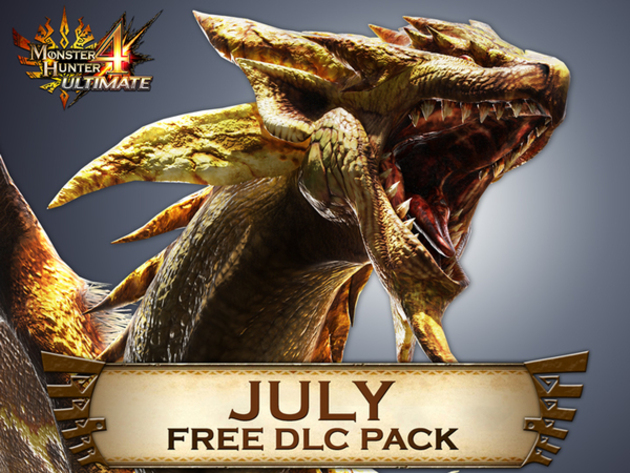 Monster Hunter 4 Ultimate, the latest entry of the Monster Hunter series released earlier this year on Nintendo 3DS in North America and Europe, has received a huge amount of content after its launch. These free DLC packs including a variety of new things such as new costumes, new quests and new items that expand the experience considerably.

As a new month has just begun, new Monster Hunter 4 Ultimate free DLC packs are going to be released soon. This month’s DLC batch includes some cross-over content from Universal Studios Japan, new quests given by characters taken from previous entries of the series and some powerful new items. A trailer detailing the content of the new Monster Hunter 4 Ultimate DLC has also been released and you can take a look at it by going at the end of this post.

Monster Hunter 4 Ultimate is now available in all regions exclusively on Nintendo 3DS. We will keep you updated on Monster Hunter X as soon as more gameplay details become available so stay tuned to learn more about the next entry of the series and its release date for all regions.