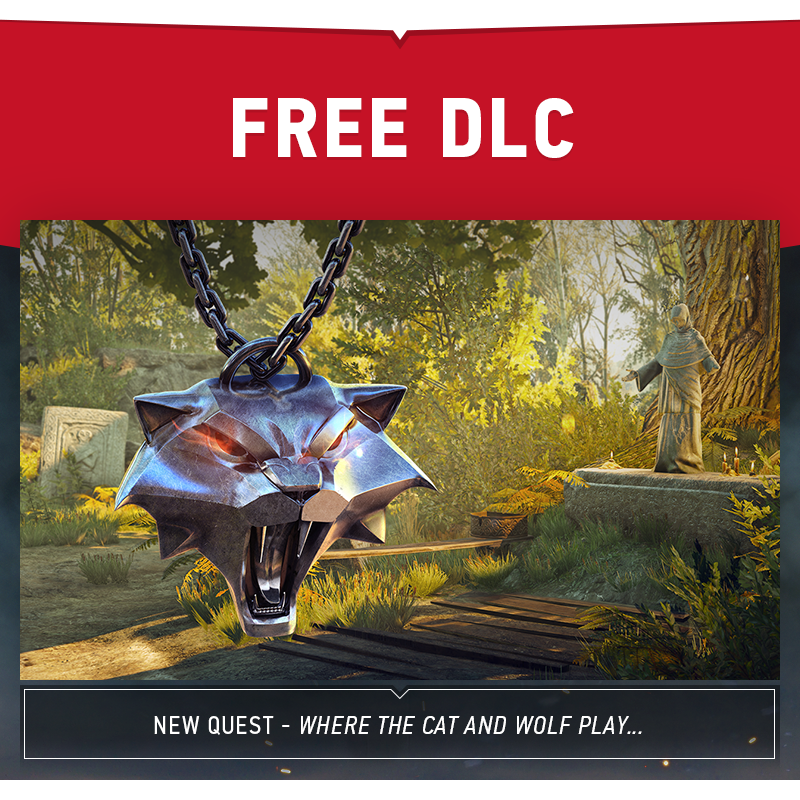 The Witcher 3 Wild Hunt, the new entry of the series developed by CD Projekt RED now available in all regions on consoles and PC, has received several free DLC packs following its release, DLC packs which included a variety of extra content such as new quests, alternative looks for characters, armor sets and more.

Earlier this week the team has confirmed that The Witcher 3 Wild Hunt would receive yet another free DLC pack including a new quest called Where The Cat and Wolf Play. Now we can confirm that the quest is available for download on both the European and North American PlayStation Store. The new DLC pack is around 100 MB big so it shouldn’t take too long to download.

A new The Witcher 3 Wild Hunt update has also been released on consoles last week. The patch, named patch 1.07, includes a varuiety of fixes such as gold no longer resetting past 65535, fixes for the Get Junior quest, Geralt’s clothes no longer looking wet after getting out of the game’s menu and some undetailed stability tweaks for gameplay and UI.

The Witcher 3 Wild Hunt is also going to receive two bigger DLC packs in the future. The first one will include a 10 hours long quest set in No Man’s Land while the second one, which will be released next year, will be much longer and it will be set in a brand new area not included in the main game.

UPDATE: The new DLC is also available on Xbox Live and Steam