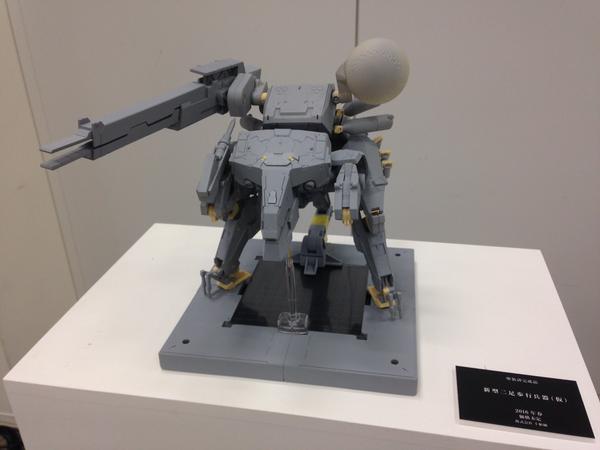 Metal Gear Solid 5 The Phantom Pain, the new entry of the series developed by Hideo Kojima and Kojima Productions launching in a little more than a month in all regions on consoles and PC, is going to feature some of the staples of the series despite sporting a brand new open world gameplay experience. One of these staples is going to be the obligatory new Metal Gear model that players will have to defeat in battle.

Metal Gear Solid 5 The Phantom Pain has received plenty of trailers in the past few months, showcasing different aspects of the game such as story and characters, gameplay and more. The last two trailers released in time for the E3 2015 are just as interesting as the previous ones and filled with secrets that aren’t easy to notice at first. An in-depth analysis of the new Metal Gear Solid 5 The Phantom Pain trailers has emerged online last week so make sure to check it out to learn more about the game.

Metal Gear Solid 5 The Phantom Pain will be released in all regions this September on PlayStation 3, PlayStation 4, Xbox 360, Xbox One and PC.