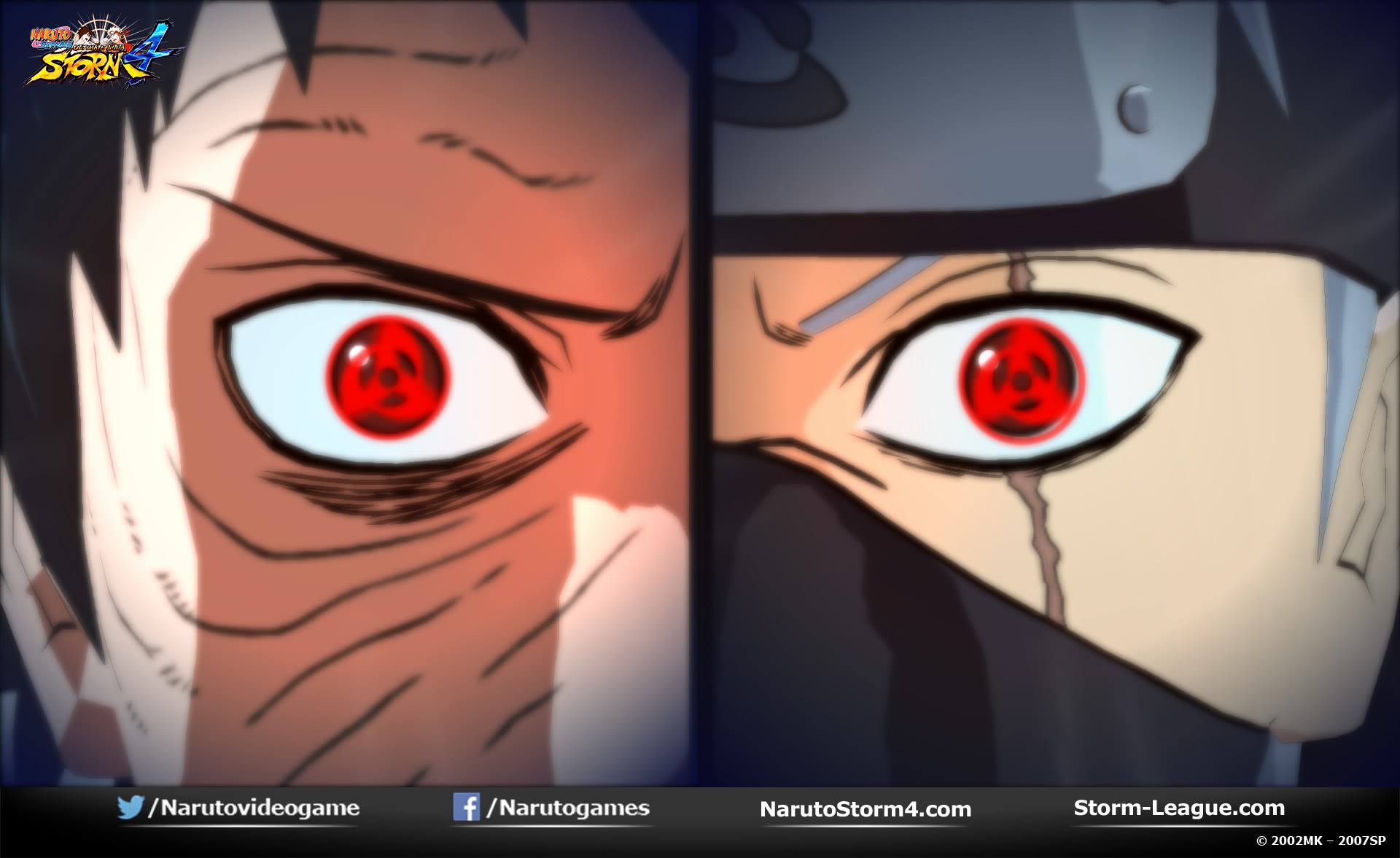 Among the many new characters and features Naruto Shippuden Ultimate Ninja Storm 4, the new entry of the series developed by CyberConnect 2 launching next year on consoles and PC, will sport is Susanoo Kakashi, the more powerful Kakashi form sporting the power of two Sharingan thanks to Obito lending his eyes. The character has been showcased by a few screenshots released earlier this month and some new screenshots featuring Kakashi and Obito have surfaced online today.

The new screenshots, which has been shared by the Naruto Video Games Facebook page, showcase Kakashi’s and Obito’s Sharingan as well as the two characters getting ready to fight together. You can take a look at the new screenshots right below.

Last week a new Naruto Shippuden Ultimate Ninja Storm 4 trailer has also surfaced online, showcasing the pre-order exclusive DLC characters Boruto and Sarada. The two characters aren’t going to be released after launch so you know what you have to do if you want to play as the two characters introduced in Boruto – Naruto the Movie in the upcoming game. The trailer also confirmed again that players pre-ordering the game will be able to play as The Last – Naruto the Movie characters before anyone else.