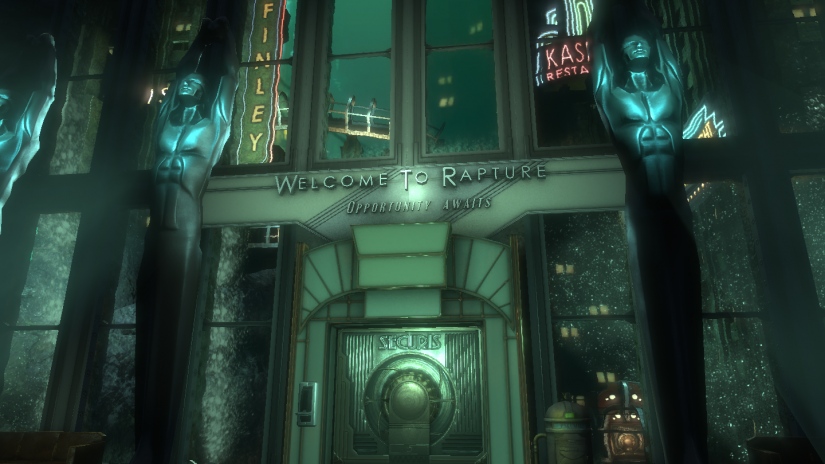 Let’s wind the calendar all the way back to August 2015. When Guillermo del Toro and Hideo Kojima saw the cancellation of the famous Silent Hills by the hands of Konami. People might remember the popular quote Mr. Del Toro said after seeing this outrage happen.

“I joined THQ [to work on Insane], and THQ goes broke. I join Kojima, and Kojima leaves Konami. So I have decided that in order not to destroy anyone else’s life, I will never again get involved in video games. Otherwise, I’ll work with someone and his house would explode or something, you know?”

It seems like a tragic end to a very enthusiastic person who wanted to be involved in video games. And it was indeed a very sad day for gamers everywhere, as they wouldn’t see him again until his involvement with Death Stranding. However, it seems like Del Toro will be returning to video games in his own way. By recently declaring he wants to make a film adaptation to the gaming classic Bioshock.

In the piece written for Shortlist, del Toro says: “As for making movies out of games, the one I could really see is BioShock. I would love to make it into a movie. Gore Verbinski was attached to it, and he would have been perfect.” This project Mr. Del Toro talks about is a failed movie project that was in pre-production. It was ended due to the high costs (Around $200 MD) in 2013.

Considering the apparent curse that game related movies have seen, Guillermo talks about this as well admitting that most games are “Impossible to make into movies”.

“They’re two completely different narrative forms. Yet for decades there was that game curse on superhero movies, except for the original Superman and Batman films.” Guillermo Explains. “Most people thought the rest were unadaptable. Then they found a way to do it, and it worked. Something will happen that will allow a truly great video game movie.”