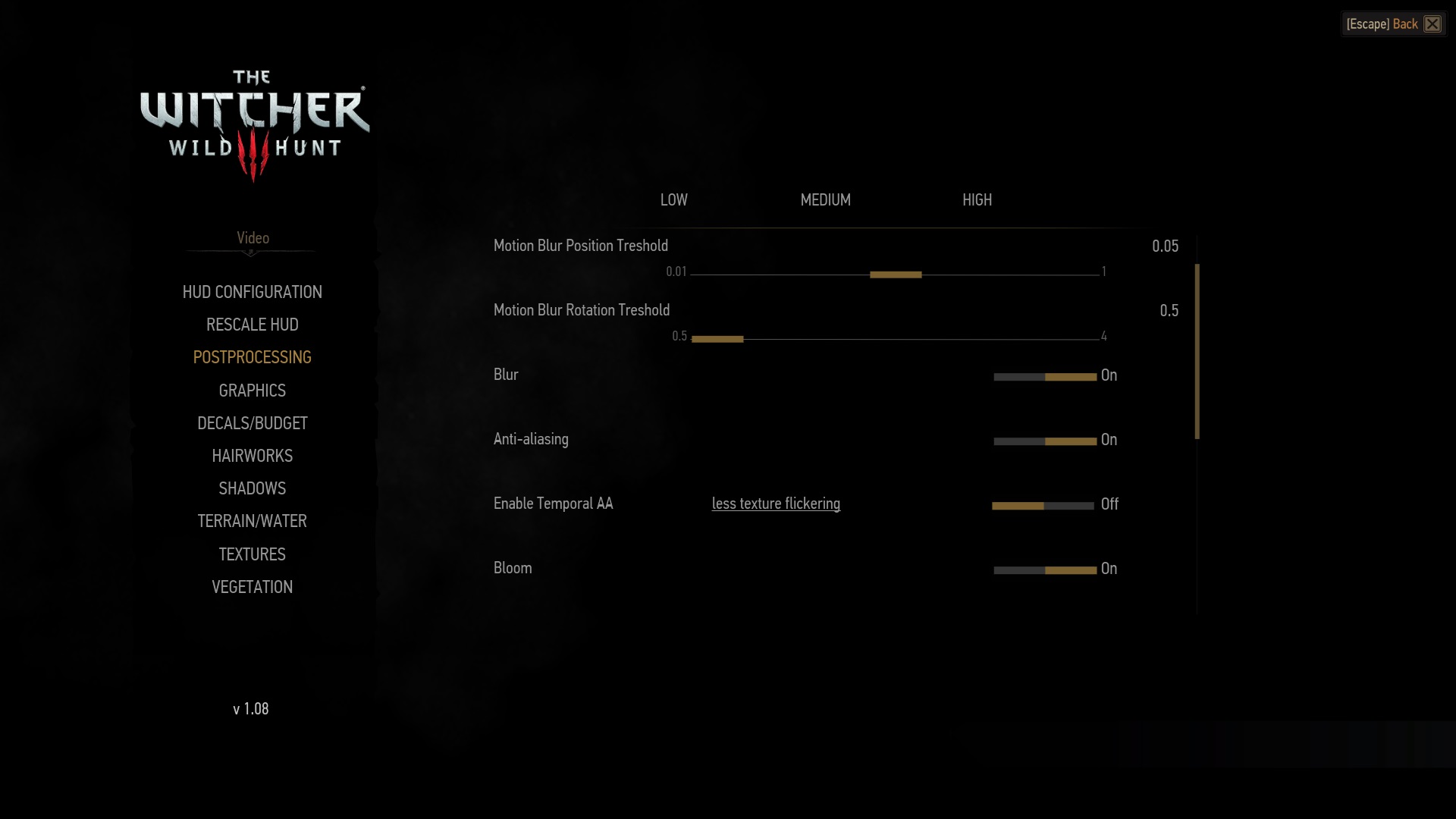 Like the previous entry of the series, The Witcher 3 Wild Hunt, the new role playing game from CD Projekt RED, has received plenty of mods for the PC version which allow players to change a variety of the game’s features. While the currently available mods don’t introduce any major overhaul like some of The Witcher 2 mods did, there are still some good mods that can improve the experience and make it smoother. One of these mods has been made available for download recently.

The new The Witcher 3 mod is the Ultimate Graphics Options mod. This mod it’s an overhaul of the graphics options menu for access graphical settings without having to change the user.settings or restarting the game. If you’re trying to make the game look better than before and don’t want to constantly quit it, this mod is just perfect for you. You can learn more about The Witcher 3 Ultimate Graphics Options mod and how to install it by going here.

Last week we have reported that a new The Witcher 3 glitch has been discovered. This glitch allows players to duplicate any runestone set in weapons or armor pieces. This glitch can also be used to obtain huge amounts of money in a rather short time.

A new The Witcher 3 patch is going to be released soon on all formats. Full patch notes have yet to be announced but we have already learned that the new patch will be released shortly before the game’s first expansion Hearts of Stone and that it will include performance improvements for the PlayStation 4 version of the game as well as a fix for the Skellige Most Wanted quest.

The Witcher 3 is now available in all regions on PlayStation 4, Xbox One and PC. The Witcher 3 Hearts of Stone expansion will be released on October 13th on all formats. We will keep you updated on the expansion and upcoming new patch as soon as possible so stay tuned for all the latest news on CD Projekt RED’s excellent role-playing game.