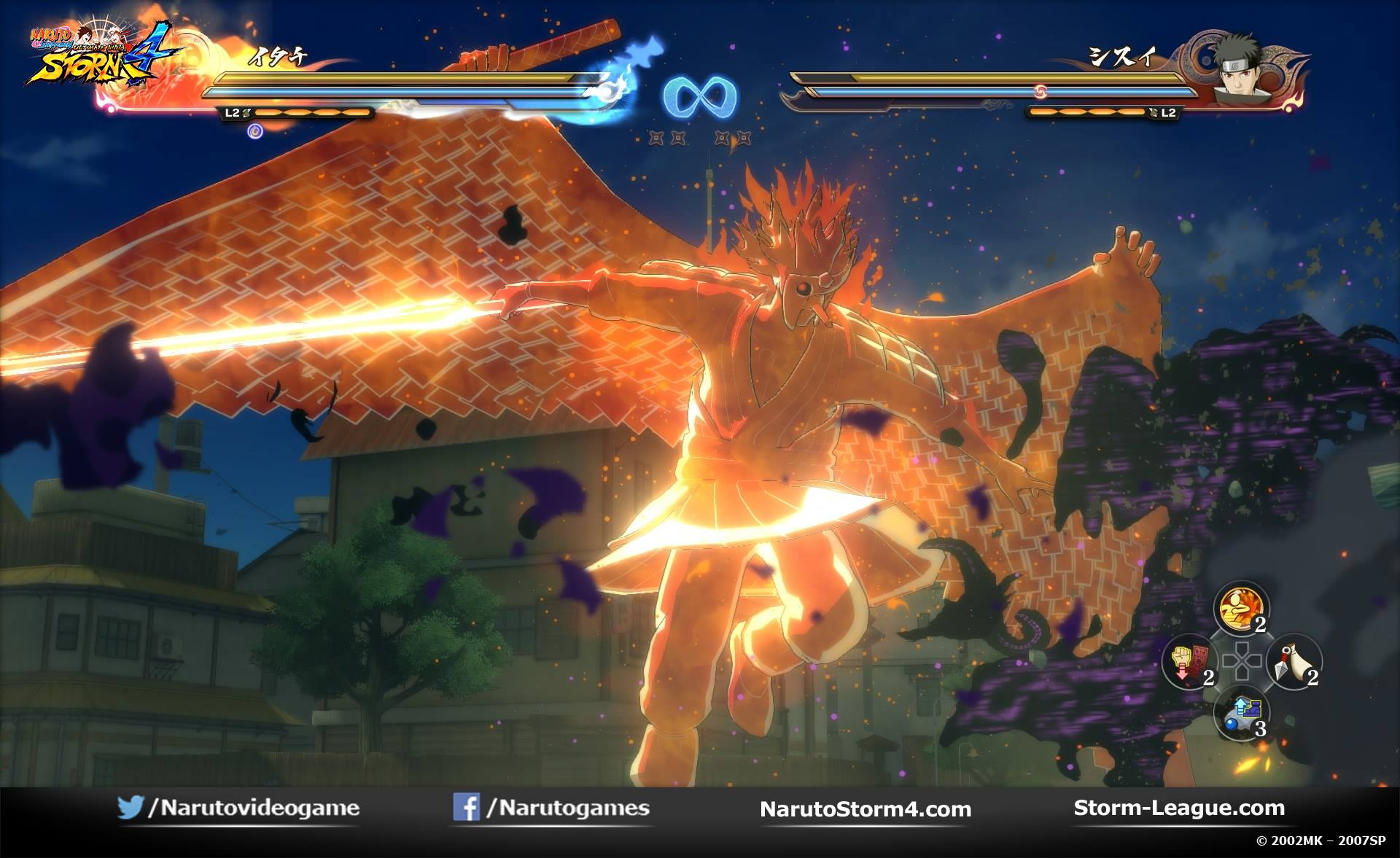 Last week it’s been a very good week for fans of Naruto Shippuden Ultimate Ninja Storm 4, the upcoming new entry of the series developed by CyberConnect 2 launching early next year, with a few new characters getting confirmed for the game. It seems like this week will be just as good as the previous one, as more Naruto Shippuden Ultimate Ninja Storm 4 screenshots and gameplay videos have surfaced online in the past few hours.

The new Naruto Shippuden Ultimate Ninja Storm 4, which have been shared online by the official Naruto Video Games page, showcase the Perfect Form Susanoo for Itachi and Shisui. These forms have been designed by Naruto creator Masashi Kishimoto just for the game, as they have never appeared in the manga before. You can check the new screenshots right below.

As mentioned above, new Naruto Shippuden Ultimate Ninja Storm 4 characters have been confirmed last week. The new characters are the members of Team Taka, who are all going to be playable in the new game.

The Naruto Shippuden Ultimate Ninja Storm 4 character roster has yet to be revealed in full and we still have no idea on who might be the revealed next for the game. Among the characters that could be included are Naruto and Sasuke from Boruto – Naruto the Movie. Their presence has been neither confirmed nor denied so far but we will let you know more as soon as possible.