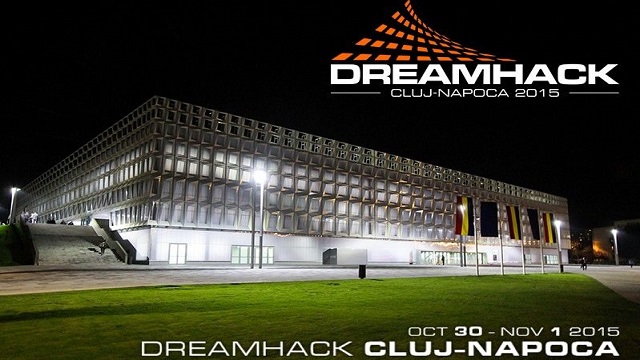 The first edition of Dreamhack to be hosted in Cluj-Napoca, Romania is now less than two weeks away. Late last month, we talked a bit about the upcoming event and what you can expect to find at the festival, but now it’s time to take a look at the full schedule and participants. Dreamhack Cluj-Napoca 2015 will feature several national and international competitions for games such as League of Legends, Counter-Strike: Global Offensive, Hearthstone, Dota 2, and more. In addition, attendants will also be able to enjoy a cosplay contest, as well as various other fun activities.

Counter-Strike: Global Offensive – the next Major

The main highlight of Dreamhack Cluj-Napoca 2015 is undoubtedly the CS:GO tournament known as the next Major. The main event will bring together 16 of the best teams across Europe and North America, including fnatic, EnVyUS, Virtus.pro, TSM, Luminosity, Na’Vi, NiP, Gamers2, Cloud9, CLG, mousesports, Titan, dignitas, FlipSid3, Team Liquid, and Vexed. CS:GO the next Major kicks off Wednesday, October at 10:20 local time (GMT+3) and will feature a total prize pool of $250,000. You can find the full schedule down below.

In addition to CS:GO’s the next Major, Dreamhack Cluj-Napoca 2015 will also host a pretty big tournament for Blizzard’s Hearthstone: Heroes of Warcraft. The competition will bring together 128 of the best players in the world and have them pit their best decks against each other for a chance to win a slice of the $25,000 prize pool. PGL Winter Tavern Tales 2015 takes place between October 29 – November 1. Check out the full schedule below.

Not all the competitions at Dreamhack Cluj-Napoca will be gaming related. For those of you interested in a little change of pace, PGL has prepared a cosplay contest with a prize pool of $8,000. The PGL Cosplay Open will feature a panel of judges composed of well-known cosplayers such as Marie Claude Bourbonnais from Canada, Tabitha Lyons from the UK, Calypsen Cosplay from Poland, and Dyana Smythe from Romania. In addition to judging, the panelists will also host workshops for all up-and-coming cosplayers.

For more information on Dreamhack Cluj-Napoca 2015 be sure to visit the official website right here.