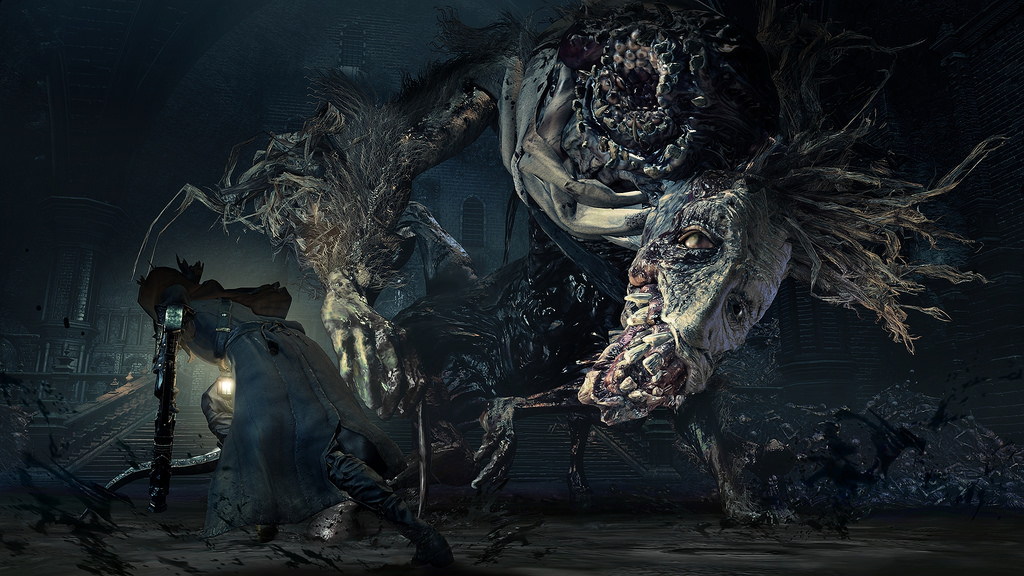 Bloodborne, the action role playing game developed by From Software exclusively for PlayStation 4, is going to receive its expansion very soon. The Bloodborne The Old Hunters expansion will include plenty of new content such as new weapons, new locations, new enemies and new bosses which will put players’ skills to the test. One of the new boss battles included in Bloodborne The Old Hunters has been showcased by a new gameplay video which has surfaced online a few hours ago.

The new Bloodborne The Old Hunters gameplay video showcases the full boss battle against Ludiwg the Accursed, a boss that will require quite a bit of effort to be defeated. The video obviously includes spoilers so avoid taking a look at it if you want the content of the Bloodborne The Old Hunters expansion to be a complete surprise for you. You can check out the new video right below.

Last week Bloodborne received another patch, patch 1.07. The patch introduced a new Covenant as well as new NPC partners, changes for Co-Op Partner Illusions and Chalice Dungeons and more. Other changes have also been included in the patch as well as matchmaking improvements.

The Bloodborne The Old Hunters expansion will be set in a nightmare world where hunters from the past are trapped. In this new world, players will be able to explore several new locations, fight new enemies and bosses like the already mentioned Ludwig the Accursed and obtain new equipment and weapons which will vastly expand the experience. Also included in the expansion will be new story details which will reveal more on the city of Yharnam and its history. The Bloodborne: The Old Hunters expansion will be released on November 24th in all regions.