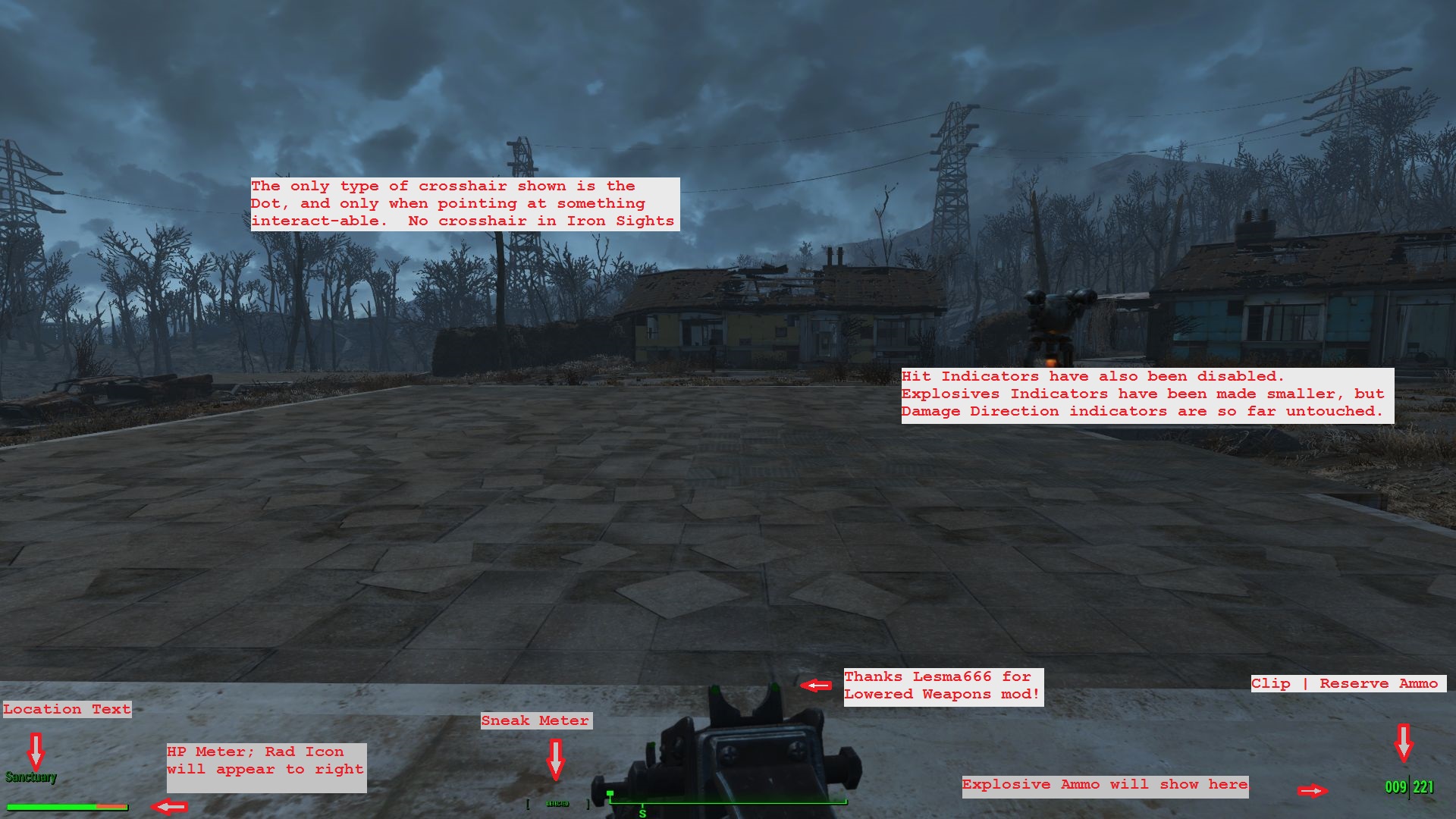 While Fallout 4 doesn’t suffer from any major issue on consoles, there’s no doubt that the PC version of the role playing game developed by Bethesda is the superior version of the game as of now thanks to the many mods players have created for it. Another brand new Fallout 4 has been made available earlier today, a new mod which introduces some interesting changes for the HUD.

The new Fallout 4 mod is called the Minimalist HUD mod and allows players to use a HUD without elements that the mod’s creator found unnecessary like every HUD notification like Quest and Objective Updates, Perk Boy and Condition Boy animations and more. You can learn more about the mod and download it by going here.

The PC version of Fallout 4 comes with another advantage over the PlayStation 4 and Xbox One versions of the game, the ability to use console commands. By using specific commands, it’s also possible to build in the pre-War Sanctuary.

A few days ago another Fallout 4 exploit has been found in the console versions of the game. The exploit is a rather useful one which allows players to obtain huge amounts of EXP in a very short amount of time. Another useful Fallout 4 exploit has also been found last month, allowing players huge quantities of resources that can be used to build and improve settlements. As gathering the required resources can be a grindy, this exploit is a very useful one for those who want to delve deeper into the settlements features of the game.

Fallout 4 has been released last month and is now available on PlayStation 4, Xbox One and PC in both North America and Europe. We will keep you updated on the game as soon as more comes in on future patches and mods so stay tuned for all the latest news.