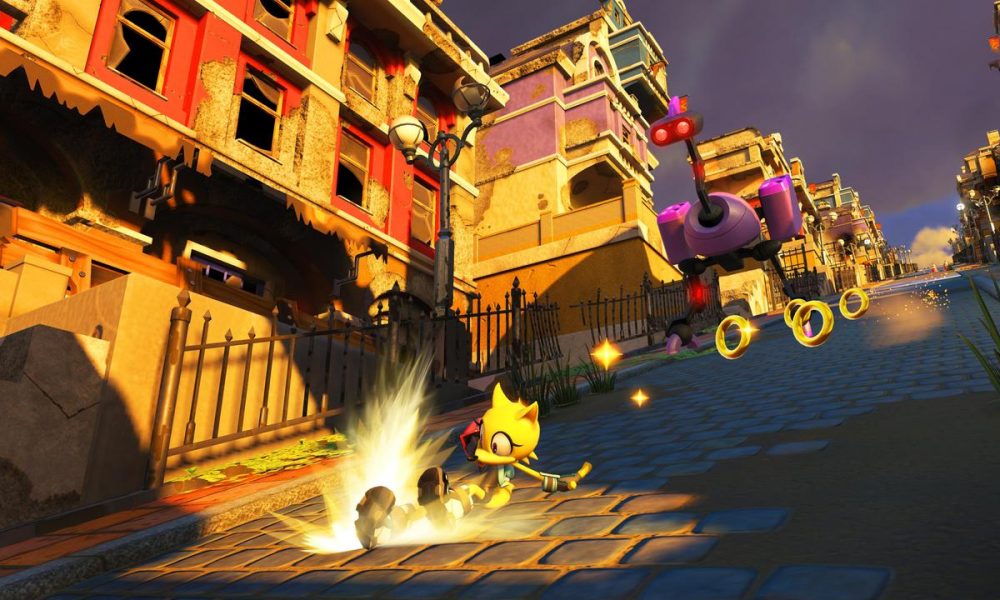 Sonic Forces is a particularly interesting title that has been getting some fan speculation going for it. A lot of players showed their skepticism once they saw Modern and Classic sonic once again and the reveal of a Custom character was something that pretty much flipped the entire community over. For better or for worse, the game has a lot of hype surrounding it nowadays.

In summation, Sonic Forces has been a very interesting thing as of late. However, no release date has been shown for the next adventure of the speedy blue hedgehog. It doesn’t help that in announcement videos SEGA has played people with the release date by just putting a 2017 on the trailers. However, this changed after video game retailer EB Games may have let the date slip by revealing on its Australian website that Sonic Forces will be releasing for Nintendo Switch on Novermber 7.

Now, this could very easily be debunked so I’ll ask any and every one seeing this “Slip-up” with a rather skeptic eye. However, the fact that are supporting are that Sonic titles that are multiplatform often release during November (Considering Sonic Unleashed and Colors as examples).

There is also the fact that we now have a supposed box art for Sonic Forces, as you can see on the image. The box art looks pretty convincing, showing Sonic, Classic Sonic. The gang of enemies they are going to face including the dreaded Infinite, and of course. The custom character players will be able to use from the moment the game goes live.

Once again however, this isn’t an official announcement by SEGA themselves. So this could very well be a crafty leak from the EB Games listings. Or a troll wanting to mess around with gamers, this has happened countless times before. So be cautious.

Marvel RPG On the Way from Aftershock Game Studio
At Long Last, For Honor Gets Dedicated Servers.