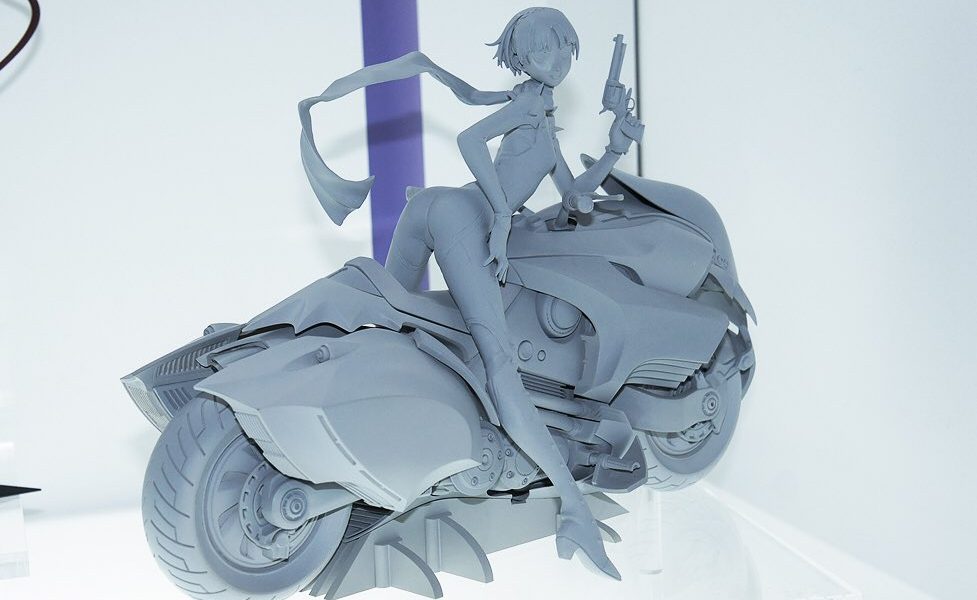 Wonder Festival is a paradise for figure fans of games and anime. The event happens twice a year and is known to debut a huge set of upcoming figures at various stages in the development process. The summer edition of the festival just began, revealing some highly anticipated Persona 5 Figures including a Makoto Nijima Figure. The game may only be a few months old to American audiences, but it has been out since September in Japan giving companies plenty of time to stew up some high-end figures for fans to oogle.

This Summer’s Wonder Festival revealed a bevy of new Persona 5 figures including a new Futaba figure donning her metaverse outfit, as well as a figure of Takemi, the beloved goth doctor confidant. Perhaps one of the most anticipated figures: Makoto Nijima and her persona Johana were revealed and has garnered up some very mixed opinions. Heralded as one of the game’s ” Best Girls” fans have been craving a 3D version of their favorite member of the Phantom Thieves and what they got leaves a lot to be desired.

At first glance, the pose seems cool and fresh. The Makoto Nijima Figure is riding her motorcycle persona Johana in a slightly provocative fashion. Here in lies the problem. Not in the suggestive nature of her pose but in the structural integrity of the pose itself. It falls into the common pitfall a lot of artists rely on where a girl is twisted to show both her chest and butt from the same angle. This more often than not leads to some messy anatomy problems as girls cannot naturally achieve a pose like this. Makoto’s torso awkwardly protrudes out from her rear like a hybrid snake woman then makes a sharp curve angling back up into a painfully stiff shoulder and neck area.

Then we move to the front leg. It’s absolutely locked to the point of her knee bending backwards to give the appearance of a digitigrade animal leg. At this point, I can only assume that Makoto’s ACL has been torn allowing her to hyper extend her knee. Then we go down the leg a little further revealing Makoto’s snapped ankle. We can’t see the other leg in the photo but I hope it is bearing all of her weight because I’d hate to think she was supporting anything with a leg in that sort of position.

Here is a much more natural way for this pose to work.

At this point in time, we only have this one photo and angle to view and there is a chance that this is just a bad angle. I would love to write it off as such but this is also the angle the company chose to show it from and as part of a 3D experience every angle should look appealing. Luckily this is a prototype and just a sculpt. Meaning that there will probably be changes made to the sculpt before it goes to paint and the errors seen today will be fixed before our beloved Makoto Nijima Figure is cast and molded.

The other sculpts in the series so far have been absolutely gorgeous and include characters such as the Twins, Ann, Futaba, and Joker. In fairness to the Makoto Nijima sculpt, we only saw versions of these other Persona 5 figures in their approved sculpts with eye paint and full paint versions. This leads me to believe we will have a much better and on model Makoto to spend our money on in the coming months and they just wanted to show fans that she was on her way.

My name is Courtney and I am into anime and games big time. I've worked in Games, TV, and Toy/Product Design so I know some things about those topics. I also like to curate and run zine art books in my free time.