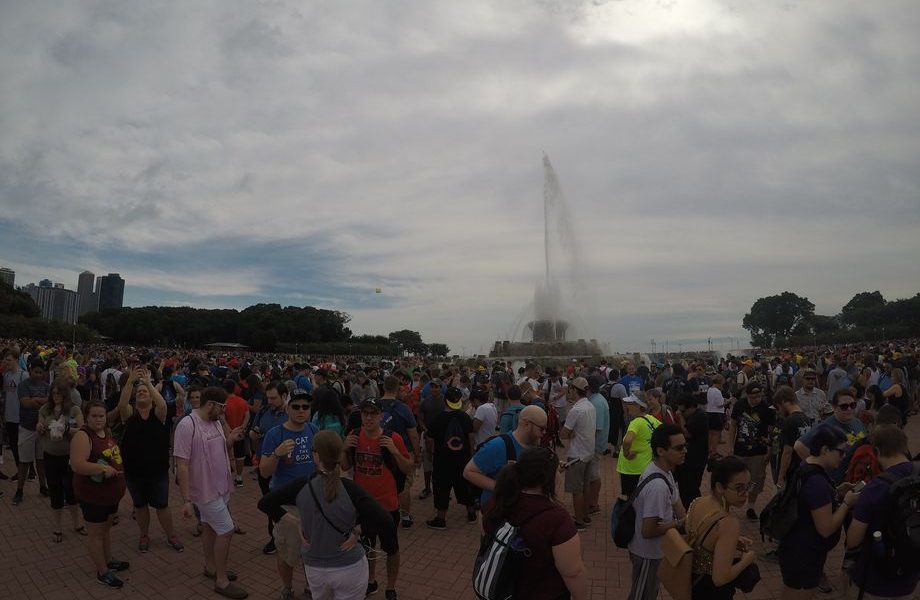 In my Post-mortem analysis for Niantic failed event “Pokemon GO Fest”, I covered a lot of issues the event had. From the awful infrastructure to the hordes of unhappy users that shouted “We can’t play”, the event was a disaster.

Now, in a move that should surprise absolutely no-one. Nearly two dozen Pokémon Go Fest attendees are filing charges. The reason being that they seek reimbursement for the travel expenses.

Defense Attorney Thomas Zimmerman was contacted by Jonathan Norton. A guy from California that travelled to Chicago, Illinois for the event. Since then, other 30 users have joined the class-action suit.

“He paid to fly out to Chicago for the festival, and had to wait for several hours in line, just like most everybody else in order to get in.” – Thomas Zimmerman

Norton, among many of the attendees at Pokemon GO Fest, found out that the game wasn’t working. Which led to him not being able to capture the rare legendary Pokemon he wanted to capture. Zimmerman mentioned that this was against what Niantic advertised.

The attempt at Niantic to soften the blow for attendees was a ticket refund and $100 dollar in microtransaction credit. For the people who went across the nation or even overseas, however. This wasn’t enough:

“We’re not seeking any relief with respect to the failure to get legendary Pokémon, because Niantic is offering that.” Zimmerman said to polygon. “But Niantic is not offering to refund people’s travel expenses for coming to Chicago. Most of the people came from out of state, many people from other countries — I talked to someone who flew in from Japan.”

I traveled all the way from Australia for this event. It's literally cost in the thousands, how does $100 in Pokecoins compensate?

Users who went to the Fest are demanding they are returned their Travel expenses. And it’s not really that strange considering how Niantic made “Promises that were not made”, and the experience as a whole was bad for all of the attendees.

“The issue is, what was promised, what was the incentive that people relied on and the representations that people relied on to buy a ticket and make travel plans and fly to Chicago to participate in this festival. Would they have done that had they known that that was not going to be lived up to and they weren’t going to get the experience that was represented?” Zimmerman asked.

In my opinion, the answer is an obvious “No”. If the attendees would’ve known that the event was going to be that way. They wouldn’t even bother to buy the plane ticket to Chicago to begin with. Niantic surely will get what’s coming to them, and hopefully this will be a lesson about how not to do a big event.