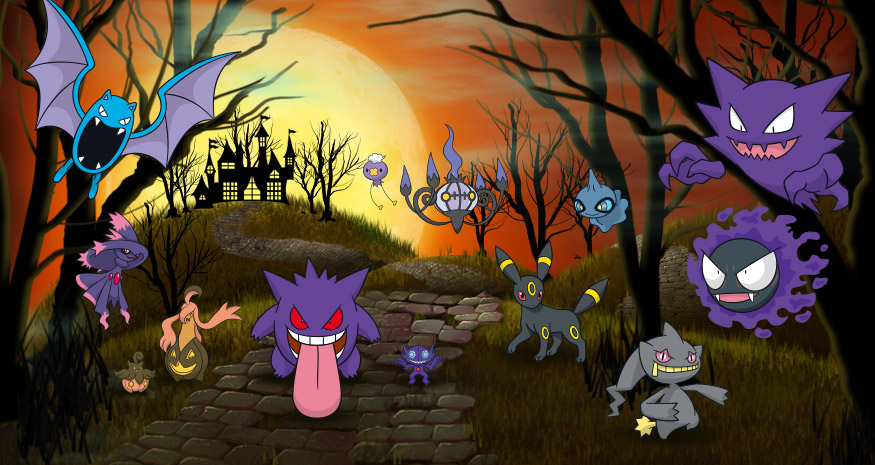 Niantic has made some huge strides to improve Pokemon GO and to keep it relevant. Improved gyms, raid battles, legendary Pokemon, and Gen 2 Pokemon have all been introduced, keep gamers coming back, and maintain the playerbase in the millions — at least according to Forbes. But, in-game events also do a good job of keeping Pokemon GO players entertained. The first big one was the Halloween Event that increased the spawn rates of Ghost-type Pokemon (I finally got a Gengar thanks to the event) and creepy Pokemon such as Zubat, Drowzee, Cubone, and their evolutions. October is coming up fast, and so is another Pokemon GO Halloween event, possibly with new bells and whistles.

According to Slash Gear, anonymous sources indicate Niantic is planning a new Halloween event. That’s about all the news the site has regarding Halloween, and while Halloween events are a foregone conclusion since EVERY massively multiplayer online game has one, Slash Gear has gone one step further and theorized how Niantic will change up this years’ festivities. Since raid battles and Dark-type Pokemon are now in the game, Slash Gear claims a Halloween event is the perfect opportunity for a sudden surge in Dark and Ghost-type spawns and raids. Pokemon Gyms could turn into veritable cavalcades of Haunter homes and Houndoom hauntings. However, The Daily Express takes this theory even further, complete with a (sadly) clickbait title.

According to The Daily Express, the upcoming Pokemon GO Halloween event would be ideal to introduce Gen 3 Pokemon, specifically its Ghost-type Pokemon. After all, Pokemon Ruby and Sapphire (and FireRed, LeafGreen, and Emerald) almost doubled the number of Ghost-types with Shedinja, Sableye, Duskull, Dusclops, Shuppet, and Banette. If this turns out to be the case, I wouldn’t be surprised if Niantic also includes Gen 3 Dark-types as well, including Poochyena, Mightyena, Nuzleaf, Shiftry, Sableye (yes, it’s a dual Dark/Ghost-type) Crawdaunt, Carvanha, Sharpedo, Cacturne, and Absol. The Silph Road, the Internet’s most reliable source of Pokemon GO leaks and datamines, confirmed late last month that Gen 3 Pokemon are in the app’s APK metadata, and Niantic is doing its best to decrease the time between metadata leaks and official releases. After all, The Silph Road found Gen 2 Pokemon in the metadata way back in November of 2016, and the lion’s share of Gen 2 Pokemon weren’t released until February 2017, but the site only discovered the metadata of legendary Pokemon several days before they were released in the game proper. Even if Gen 3 Ghosts aren’t released for Halloween, gamers might see them before the year is up. Probably.

While we have not heard any word from Niantic regarding the Pokemon GO Halloween event, odds are Slash Gear’s prediction will come true and trainers will see an increase in Ghost and Dark-type Pokemon activity. And maybe, just maybe, Niantic can be convinced to release a few spooky Gen 3 Pokemon for the event if the Pokemon GO community is vocal enough (and the developers work fast/hard enough). Or maybe it’s just a pipe dream; we won’t know until October.

Study Shows the Diversity of Gamers in USA
Kamen Rider: Climax Fighters Will Be Released in English but Not America