Cuphead has Sold Over 1 Million Copies 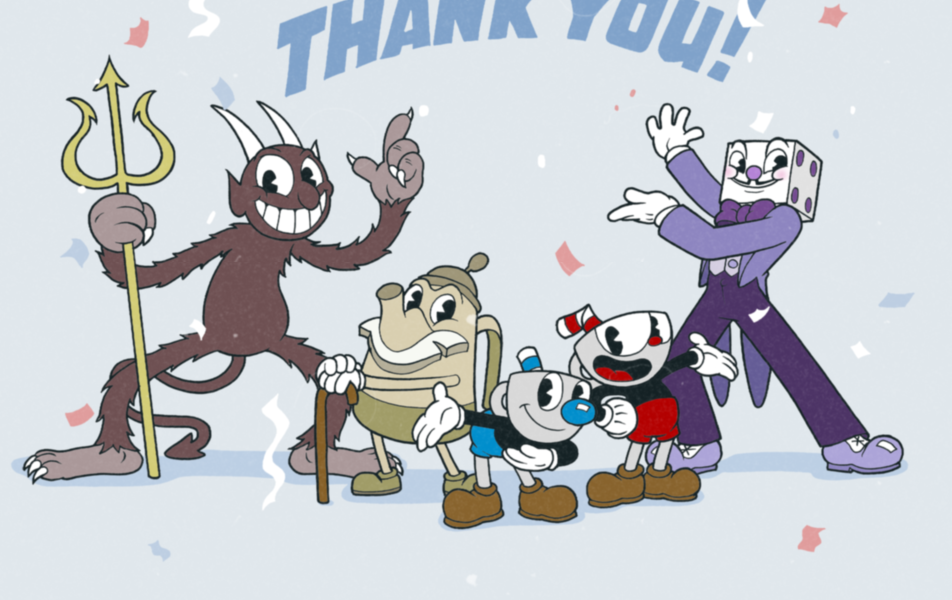 Cuphead has Sold Over 1 Million Copies

It’s no secret, I love Cuphead and the reputation it has acquired. I believe it to be one of the greatest games of this year. And, really, who could blame me or anyone else who got hooked by this game? The aesthetic, challenge and replay value is unlike any ever seen in games of the current generation. The work of love of 2 hardcore gamers who made a small studio showed how much the game would grow.

I remember reading posts from concerned people on Twitter, thinking that the game might not meet the demand it needed. However, I’m glad to say that the game has recently gone platinum, with over 1 Million sales and counting.

In a post by the members of the staff at Studio MDHR, the head honchos talk about the pleasant surprise they got. “Cuphead has only been out for two weeks and we never could have dreamed of the reception we’ve received from our amazing fans!” The blog post continues with “Today, we wanted to take a moment to thank each and every one of you for your support and we’re excited to share that Cuphead has gone platinum with over 1 million units sold!”

Let’s remind the public that Chad and Jared Moldenhauer have been working in this game since 2010. The game has gotten its positive reception since then and the hype thankfully never died. Cuphead proved to be one of the most stable and great gaming experiences of all time.

However, we all know this isn’t the end for the creatives at Studio MDHR. I’m sure that they are going to continue building up their reputation by bringing other new games and properties. As time passes, we’ll see just how much the new established game developer can offer to gamers in the long run.