Report: Nintendo Switch was the Most Sold Product on Black Friday 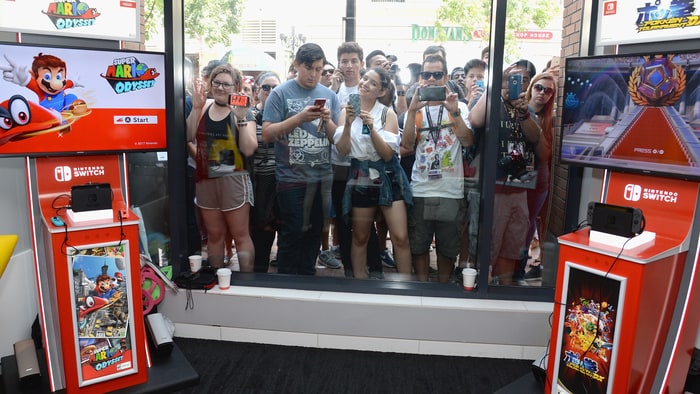 Report: Nintendo Switch was the Most Sold Product on Black Friday

The Nintendo Switch has made its mark on gamers’ hearts. The popularity of the console despite defects is nothing short of amazing. Nintendo made a very incredible comeback from their dark ages with the WiiU. As expected, the performance of the hybrid console during Black Friday has been nothing short of incredible.

Let’s go over this and make it as sweet as possible for the Nintendo fans out there. According to Michael Pachter, the Xbox One X will help Microsoft to win Black Friday in the US. However, that prediction was way off thanks to a report provided by Adobe Insights.

According to our favorite analyst from Nyko Partners, Daniel Ahmad. Black Friday was the day of the Nintendo Switch. The analysis that Adobe Insights offers is that of the most important stores in the United States.

Let’s start from the sales during the Veterans Day, the Nintendo Switch came on fourth place in sales performance. With Samsung Tablets, AirPods, Hatchimals and Colleggtibles having a better performance.

Finally, Thanksgiving and Black Friday saw Nintendo’s hybrid console as the only gaming product that’s been sold the most during the period. The performance of the Nintendo Switch has practically destroyed the expectations and the Japanese company dominated the sales market.

The Nintendo Switch has been seeing nothing but success. And it’s very well deserved, all things considered. With upcoming releases and the fact that it’s a console everybody likes due to its hybrid capabilities. I’m sure the Nintendo Switch will have a healthy lifespan.