Graveyard Keeper Out Now On Xbox One / Xbox Game Pass 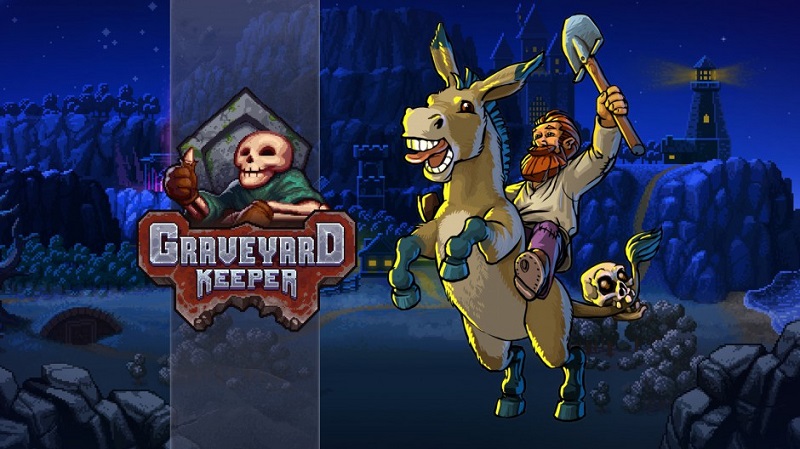 Graveyard Keeper Out Now On Xbox One / Xbox Game Pass

Xbox players have an interesting new game to try out today, with Graveyard Keeper debuting on Xbox One and Xbox Game Pass. The game is described as a “Graveyard Tycoon” game where players are tasked with making a profit from bodies of fallen RPG heroes.

The developer said the following about the game on Xbox.com:

“The original idea was literally two words: Graveyard. Tycoon. It quickly became the working title for a prototype. In it, you’d have a Punch Club-style point-and-click interface, and would build & manage a medieval graveyard.

The problem with doing a Tycoon-style game became very apparent: you never really… get rid of dead bodies. You bury them, and they take up permanent space. We had systems in place for embalming bodies, selling off organs & and meat for profit, and approached it like a factory. And we’d get design-blocked once a player had a few bodies in – they wouldn’t disappear. They weren’t a resource you’d constantly use and run out of. Yes, new bodies would keep coming in, and we had no clue what to do with the older bodies. One idea was to have an alcoholic graveyard keeper hang around your premises and dig up bodies for profit. Didn’t really solve the design issue.”

Graveyard Keeper is developed by tinyBuild and is currently an Xbox One-exclusive. The game will be live to download later today, and the price is set at $19.99.