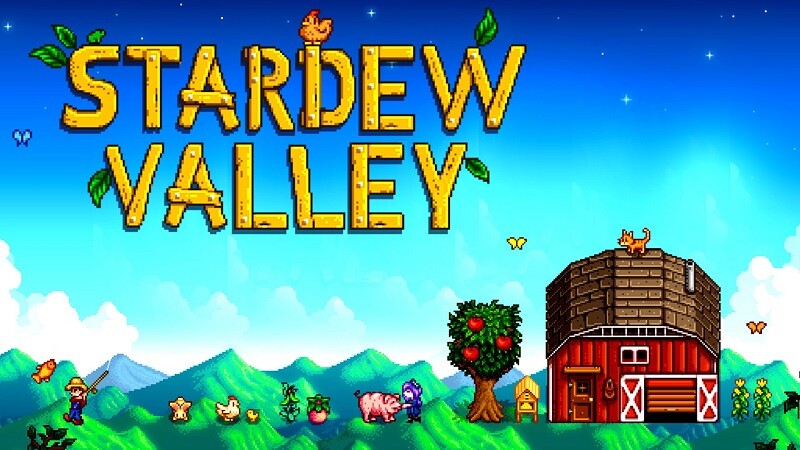 Stardew Valley iOS Review: A New Life In Your Pocket

Stardew Valley iOS Review: A New Life In Your Pocket

The charming RPG/Farming Sim Stardew Valley initially wowed gaming when it released in 2016 on PC, offering an experience that is truly like no other. It has since made its way to PS4, Xbox One and most recently Switch, and now the mobile crowd is finally getting a shot at this unique game.

If you’ve somehow not heard about the game up to this point, it’s basically a Harvest Moon-like game where you tend to a farm. You plant and grow crops that you’ll eventually harvest and sell for a profit, and then slowly expand your farm to change it from a rundown dump to an impressive business.

Of course, despite that being where everything starts, that’s really only the beginning when it comes to Stardew Valley. Your farm exists in a world with a bustling little village filled with people to meet and grow closer to, and each of them has their own schedule that varies from day to day. You might catch one character by the lake in the afternoon on one day, but on another they might be spending time at the local saloon.

Fishing is another activity you can take part in to make some decent money, and combat is even included as part of the Adventurer’s Guild. There’s plenty of tasks and missions for you to take on as a part of each of these activities, ensuring that you always have a ton to do but not enough time to do it all in the game’s fast-moving days. The game’s changing seasons will also switch up the schedules of the characters, the crops you can plant, and the activities that are available to you.

It’s a game that has earned universal praise at this point, and for good reason. The big question we have here is whether or not it’s worth checking this engrossing experience out on your mobile device, and thankfully the answer to that is a resounding yes. You control the game entirely with your mobile device’s touch screen, meaning you’ll tap points on the screen to move your character, perform actions and sift through the menus. Nothing from the PC or console versions have been compromised to bring Stardew Valley to mobile devices, making this game just as addictive as it is on other platforms.

The touch controls are also surprisingly solid, even if they aren’t as intuitive or precise as you would get with a mouse and keyboard or controllers. The game utilizes a grid system for movements and actions, so if you’re playing on your phone you’ll likely occasionally run into situations where you move to the wrong spot or select the wrong option. This hardly ever happens when playing on the iPad (which I did for the majority of testing), as the grid is much bigger and allows for more precision.

Managing the various items in your inventory is also handled very well, as you have one row of your items displayed in a column on the left side of the screen. You can select which tool you want to use for any particular activity, though often times the game will automatically switch to that tool to perform the action it is you’re trying to do (like chop a tree, pick axe a rock, and so on). I say often times because it doesn’t always seem to work, as I’ll be tapping the grass to clear it out but the game won’t always automatically switch to the scythe to complete the action. It’s annoying, but thankfully simply tapping on the tool you want to use takes no time at all.

Combat is another area where the touch controls could have potentially been a deal-breaker, but the devs did a good job of coming up with something that works. A new “auto-attack” option is available that has your character swipe at enemies whenever they get close enough, which is good enough to handily take on the lower level enemies in the game.

However, it’s when you get deeper into the mines and start taking on more difficult enemies where this system starts to crumble a little. Using auto-attack will lock you into the action if enemies are close by, and if you end up getting swarmed then you’ll find yourself in hot water quickly. You have the option to switch it off and just take the enemies on manually, but repeatedly tapping the screen for each attack isn’t exactly ideal, either. I almost wish they had the option for on-screen buttons for combat so that you can control movement and attack at once, or even MFi support in general.

It’s also a shame that Stardew Valley doesn’t currently support iCloud syncing, so you won’t be able to seamlessly go from playing on your iPhone to your iPad whenever you feel like it. There is an option to hook up your device to iTunes and transfer your saves around that way, but it’s a chore that shouldn’t have to be done in this day and age. It’s possible that this will be fixed in the future with an update, so hopefully that’s the case.

Despite some slight issues with controls and lack of iCloud sync, the core of what makes Stardew Valley so special is untarnished on mobile. The fact that you can now have this engrossing experience right in your pocket is truly special, as mobile games with this much depth are a rarity. If you’ve played it before I’d still say it’s worth checking out as an excuse to play this great game again, and if you haven’t played it yet then you need to get on that ASAP.