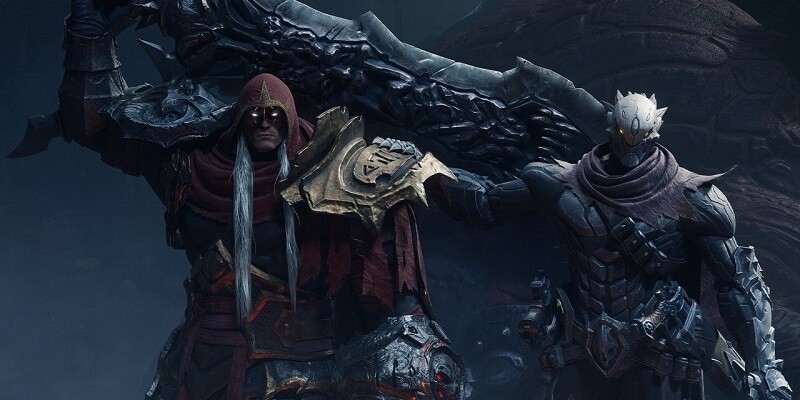 Well, we’ve reached the end of 2019, and it has been another excellent year for gaming. Despite everyone wrapping things up and getting ready to relax over the break, there are still some games coming out that are worth keeping an eye on. In this article we’re going to show you 5 games to look forward to this month.

At long last, the final game in the Halo series that Bungie developed will be coming to PC with Halo: Reach. The game serves as a prequel to the games that came before it, telling a heartfelt story about the fall of the planet Reach that was the result of an invasion by the Covenant. Instead of taking control of Master Chief players control Noble Six, a supersoldier with very similar capabilities as the Chief. It’s one of the best installments in the whole series and is well worth checking out when it launches on PC on December 3rd.

The classic RPG Neverwinter Nights launched for PC all the way back in 2002, but it is set to make a comeback with an Enhanced Edition. While this new version released on PC last year, this will be the first time it will be launching on consoles. It brings a variety of improvements over the original game, which includes the likes of an improved display, a rebuilt multiplayer system and much more. The game will debut on PS4, Xbox One an Nintendo Switch on December 3rd.

Back in 2014 horror fans got an excellent game in the form of Alien: Isolation, which perfectly captured the tense nature of the first Alien movie. Developer the Creative Assembly ended up delivering perhaps the best Alien game ever, but since then things have been completely silent on a follow-up. However, the game is hopping back into the limelight with an upcoming Switch port, which brings over everything great about the original versions and adds in the perk of being able to play at home or on the go. Alien: Isolation debuts on Nintendo Switch on December 5th.

The Darksiders series returned last year with Darksiders III, which introduced the fourth horsemen of the apocalypse named Fury and offered more hack ‘n’ slash gameplay to take part in. Now a new game is set to launch, but it is actually a spin-off prequel that is a top-down RPG. The game follows the fourth and final horsemen named Strife, who is called upon alongside his brother War to save humankind from the doom coming from Lucifer. The game is set to launch on PC on December 5th, though PS4, Xbox One and Nintendo Switch players will need to wait until February 14th, 2020.

Back in the 2000’s the Nintendo Switch was the hottest handheld on the market, offering a unique dual screen display that was a huge hit. It had a variety of unique games in its library, and one such game was Brain Age, which was a game that claimed to make you smarter with the brain games it offered. Players would engage in a series of brain teasers and then would be given a brain age at the end of it, with the idea being to improve your brain age over time. The series has been gone for many years, but it’s set to make a comeback later this month on Nintendo Switch. Very little information is known at this time, but if it’s anything like the DS games then it’s sure to be a lot of fun when it launches on December 27th.