Quake Champions Welcomes the Return of Anarki in New Video 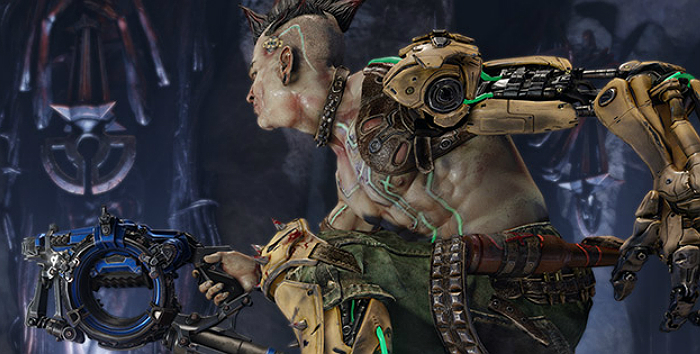 Quake Champions Welcomes the Return of Anarki in New Video

Quake Champions, developed by id Software and published by Bethesda Softworks, is set to bring players back into the fast paced action of the Quake series. This game, amongst Boss Key Production’s Lawbreakers and Epic Games’ Unreal Tournament 4, is part of the revival of the ‘Arena Shooter’ genre. Arena shooters came about in the late 90’s and blossomed in the early 2000’s with games such as Unreal Tournament 2004 and Quake 3 Arena. They are known for their high skill ceiling and fast paced, brutal gameplay with an emphasis on mobility. Quake Champions is looking to make the genre great again with gameplay that seems mostly unchanged from it older brothers, and that is a good thing.

Introducing Anarki, a hoverboard-riding, transhuman punk. This new video that has just been released showcases the character’s speed as well as the kind of one liners we will likely be hearing a lot of whilst fragging like it’s 1999. What’s great is that we just get to see more of Quake Champions and the way it’s going to play. Whereas last week we were treated to a showcase of the Burial Chamber Arena with a pretty, but somewhat slow-paced display of gameplay. This time we get to see Anarki just go all out in a high-octane rampage throughout many of the game’s levels.

Anarki will be available to try out during the closed beta. If you can’t wait to hover jump your way to victory (or death), then sign up. Old time players of Quake 3 Arena might remember Anarki as he was one of the original characters. The original Anarki seemed to have his mouth sewn shut on the character model, so either Champions takes place after Q3 where he is now able to speak again, or the game takes place before. I’m assuming his mouth was sewn shut after Champions because as you can tell by the video, he doesn’t seem to shut up and can be quite obnoxious, implying that someone eventually got sick of his attitude. Either way, this seems to be a hilarious design choice.