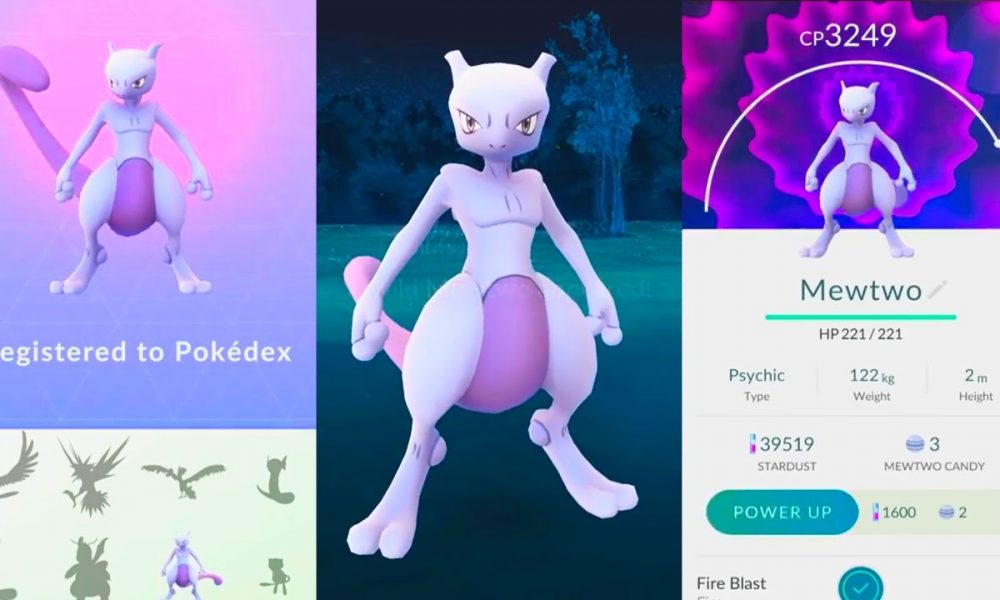 Today, at a Pokémon Go Stadium event in Yokohama, Japan, fans of Niantic’s hit mobile game were treated to the release of iconic legendary Pokémon Mewtwo. During the “Pikachu Outbreak” celebration, Mewtwo went live as what Niantic are calling an exclusive raid boss.

This is a new mechanic that Niantic is testing with their game that involves being invited by other players to a raid battle. “To receive an invitation to participate in an exclusive raid battle, trainers must have successfully completed a raid recently, by defeating the raid boss, at the gym where the exclusive raid battle will be taking place.” Niantic goes into further detail discussing various features such as “advance warning[s]” that will help players better coordinate with one another on the subject.

As of right now, Mewtwo is exclusive to Japanese Pokémon Go players. Since Mewtwo’s release is so closely tied to the festivities going on in Japan right now, players in the rest of the world will have to wait to get their hands on this fan favorite. Niantic assures the rest of the world that it’ll have access to Mewtwo “in the coming weeks.” As such, there isn’t really a definitive release date for worldwide Pokémon Go players and we’ll have to just play this by ear until Mewtwo is available for us.

That being said, Mewtwo’s release will most likely be very soon. Legendary Pokémon only started regularly appearing in Pokémon Go a few weeks ago and since then we’ve already gotten five. Including Mewtwo, those Pokémon are Articuno, Zapdos, Moltres, and Lugia. We’ve been getting new legendaries quite frequently ever since and Niantic will no doubt want to keep up the momentum they have as of right now.

Once Mewtwo is released in the near future there are also plenty of other legendaries for us to look forward to. We still haven’t heard much about Mew, Raikou, Entei, Suicune, Ho-Oh, or Celebi to just recite off the rest of the two generations that are currently live in Pokémon Go. Until then, all of the legendaries that have been made fully available worldwide are appearing simultaneously in the game to sate us until Mewtwo arrives.