The The Suffering franchise is a series of lesser known psychological horror games that aren’t as popular as Resident Evil or Silent Hill. However, don’t assume the franchise isn’t popular due to a lack of quality or polish. Quite the contrary, The Suffering games are lost gems, and now they are finally available on GOG.

The plot of The Suffering is quite simple: you play as death row inmate Torque (pretty sure that’s not his birth name) during his first day in prison after being convicted of killing his wife and children. As one would expect, supernatural monsters attack as soon as you’re settling in, and its up to you to kill these monsters, escape from the prison, and save as many people on the way as you can (or like). Saving people is crucial in the game, as it impacts the ending. The sequel, The Suffering: Ties That Bind, is basically more of the same, but now the monsters have invaded a nearby city. Players, once again as Torque, have to kill these monsters and rescue people, all while dealing with a criminal kingpin who may or may not have ties to these abominations. 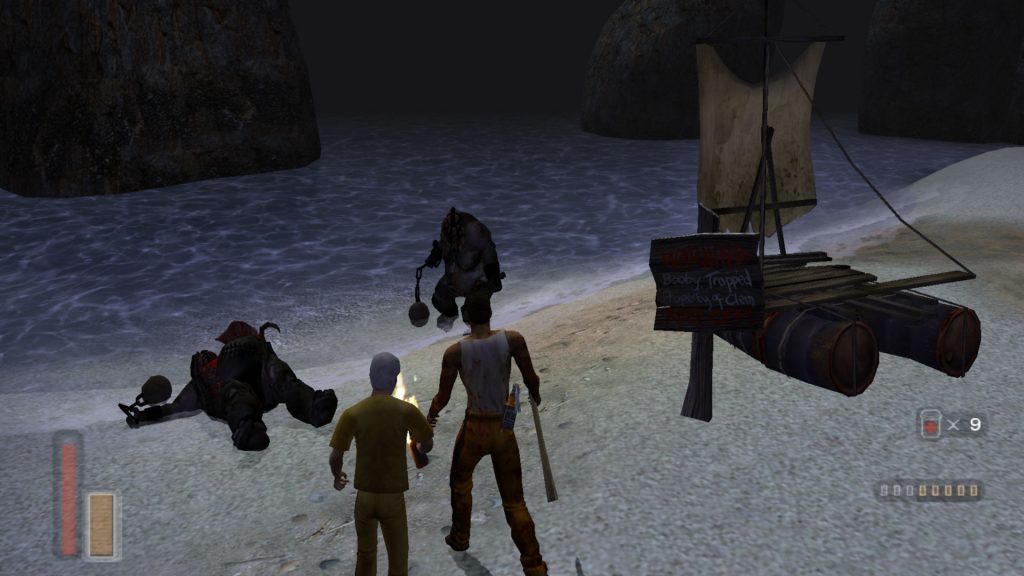 The Suffering takes several pages from Silent Hill regarding monster design, as each creature is representative of some horrible aspect of the prison or city, from methods of execution to gang violence. These supernatural horrors are extremely disturbing, but they don’t exactly pose the same threat as, say, a Regenerador or a Mimicry Marcus, because The Suffering and Ties that Bind aren’t survival horror games. The Suffering franchise focuses on action but not the mindless quick time events and exploding helicopters action of Resident Evil 6. Instead, The Suffering plays similar to 90s FPS games; players need to stay on the move to avoid enemies, all while shooting at them from a first or third person perspective. Moreover, Torque can carry enough weapons and medkits to give an elephant a hernia, which solidifies the comparison to 90s FPS games.

To celebrate the momentous re-release of these underappreciated psychological horror games, GOG is selling them at discounted prices. Both The Suffering and The Suffering: Ties That Bind are available for $8.99 each or in a $17.98. If you missed out on these games back when they were released in 2004, now’s your chance to play them.