Hellboy Punches His Way into Injustice 2 with a Gameplay Trailer 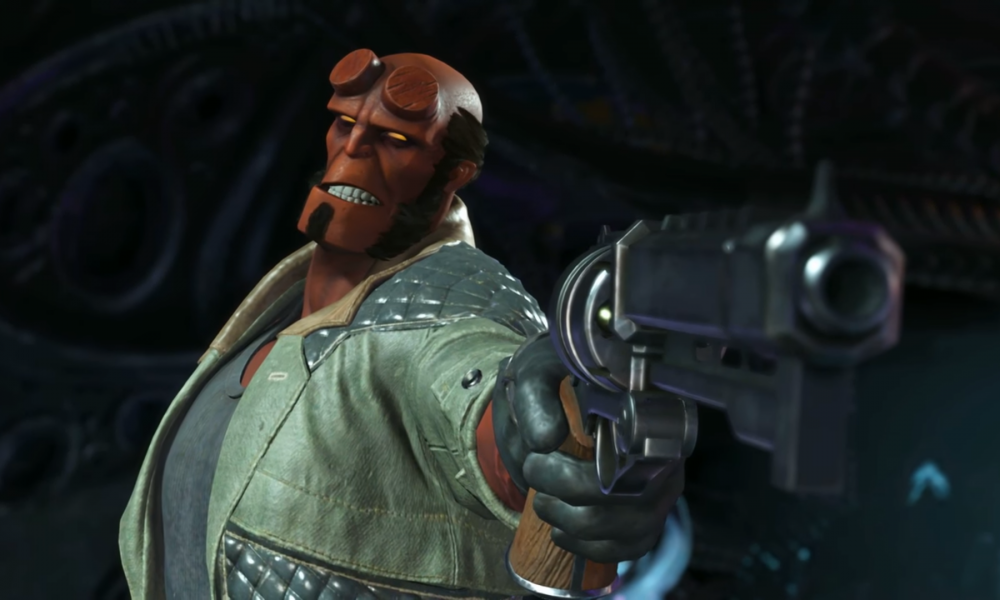 Hellboy Punches His Way into Injustice 2 with a Gameplay Trailer

Hellboy was announced for Injustice 2 back in August, and gamers have been waiting on pins and needles to see how he would play ever since. We waited so long NetherRealm Studios even revealed The Atom before it got around to demonstrating Hellboy’s playstyle, but we finally have received the Hellboy gameplay trailer we all wanted.

Hellboy will apparently be quite the pugilist in Injustice 2. He makes good use of his regular hand, but his more devastating attacks feature his Right Hand of Doom; Hellboy uses this oversized stone fist to toss opponents around, knock them about like dolls, and block attacks.

As a member of the Bureau for Paranormal Research and Development, Hellboy has to face plenty of supernatural creatures, and not everything is vulnerable to punching, so he comes equipped with items that would probably make for some good Castlevania sub-weapons. These include small grenades, his signature pistol the Good Samaritan, a weird arrowhead that produces green smoke (I have no idea what it’s supposed to do), a vial of water that creates a small, landborn riptide, a bronze sword, and an unknown item that entangles opponents in roots.

Hellboy also carries a rosary cross that can be used to activate a sort of rage mode that regrows his horns, albeit into pure fire, and reveals his Crown of the Apocalypse. No, the crown doesn’t actually bring an end to the world, but it does give Hellboy a limited shield that lets him shrug off most attacks. Finally, like all Injustice 2 characters, Hellboy comes with a super move (that he activates with a pendant) that lets him literally punch enemies into the center of the Earth, where they are greeted by small, flying imps and an axe to the face.

Hellboy looks like a hellishly good character to play in Injustice 2; it’s a shame he won’t be available until November 14th.