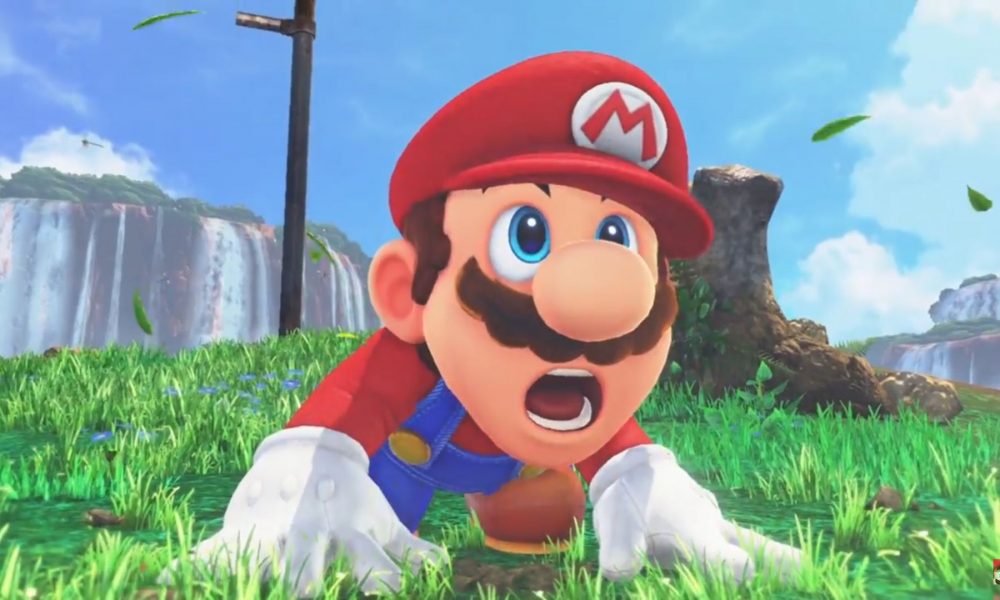 I have a couple of op-eds to write about gaming journalism today. One where I’ll “Attack” game Journalism and one where I’ll “Defend” game journalism. This is the Defending sort of article/news story. And it’s a really juicy one considering that Jim Sterling is getting attacked over a review of Super Mario Odyssey that doesn’t even exist. 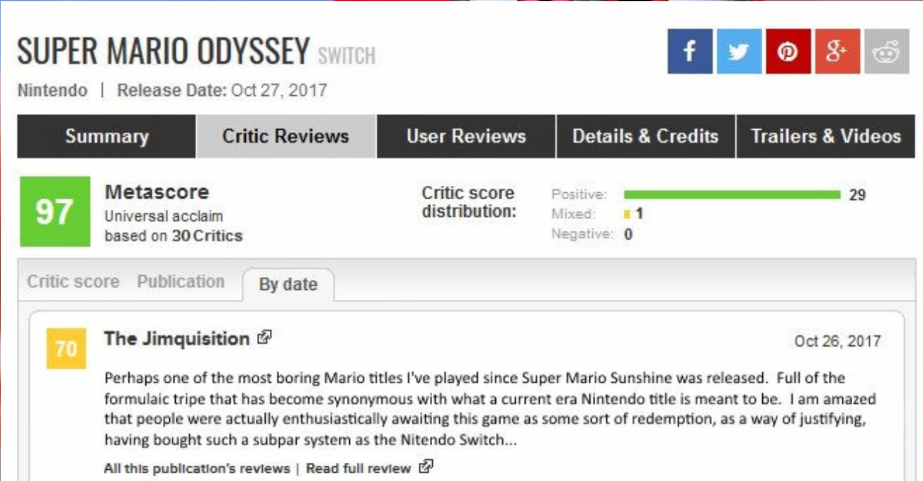 So, the screenshot you see above is that of a supposed review by The Jimquisition. (Which, for the record, has retired written reviews since Zelda: Breath of the Wild.) Which classifies the game as “The most boring Mario game I’ve ever played”.

I’m as late to the party as Jim Sterling is in this regard. In fact, I didn’t realize that he had this huge “Backlash against his article” until he made a video about it which you can see below. But the basic gist of it is that a poorly Photoshopped image became viral and people were upset at the “Review”. And here I am laughing along Mr. Sterling, while questioning my faith in humanity as well.

This is how utterly awful the gaming community can get, people. Let alone the fact that a person playing video games badly is apparently worth lynching for some people. Nah, the people who got upset about the 7/10 back when he wrote the Breath of the Wild review are back at it. More upset than ever.

Of course, I have to say #NotAll gamers are like this. As some quickly picked up the hint and made sarcastic jokes about the whole ordeal. Mainly the fact that there’s people with actual enough common sense to check on the website to corroborate this review. Or at the very least the Super Mario Odyssey metacritic page to find this review.

However, it seems like some people are actually taking this very seriously. And that’s kind of disturbing, especially because this “Screenshot” was made as a joke rather than something to be taken out of context.

Hellboy Punches His Way into Injustice 2 with a Gameplay Trailer
Why is Nobody Talking About Chris Grant’s Hissy Fit?