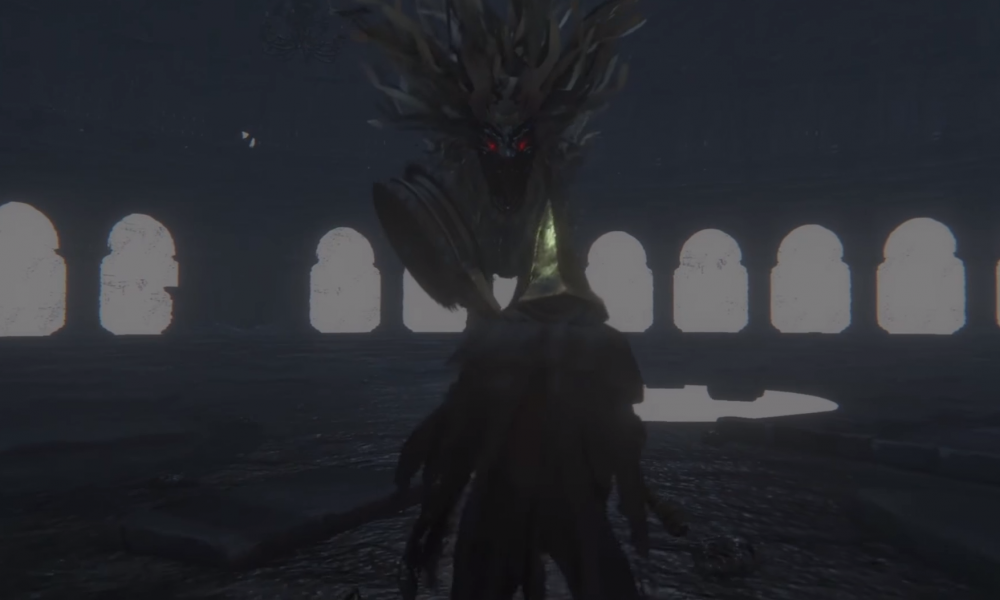 Cut content is nothing new in video games; they are the remnants of characters, enemies, items, and locations the developers planned to include in their games, but for one reason or another, never did. Lately, a lot of gamers have found a treasure trove of cut content hidden in the files of Bloodborne, and just before the weekend, a YouTube user by the name of Sanadsk found a boss monster gamers never got a chance to hunt: the Great One Beast.

According to the Reddit thread by Kanista17, the Great One Beast would likely have been encountered in the Chalice Dungeon, a procedurally-generated labyrinth that houses numerous unique enemies and bosses. While the Great One Beast appears to be a lupine, long-necked dragon-horse with wavy “hair” similar to the Cleric Beast and Darkbeast Paarl bosses, its name implies it might be related to the eldritch, Lovecraftian bosses referred to in the game’s lore as Great Ones.

Cut content, when discovered, tends to exhibit varying degrees of incompleteness. Some pieces of cut content don’t have any animations and are only viewable in the standard “t-pose,” while others lack even textures. The Great One Beast, though, appears to be mostly complete: its animations seem to work fine; it is fully textured, and the creature even comes with its own (terrifying) sounds. All of these assets imply the Great One Beast wasn’t abandoned until very late in its development cycle, but judging by the video, it is still missing various effects and hitboxes (how a game determines if a player hits an enemy with an attack of vice versa). Still, the creature is almost complete, so one must wonder why FromSoftware cut it from the final version of Bloodborne.

The Great One Beast wasn’t the only piece of cut content discovered last week, as Sanadsk’s partner in discovery, Zullie the Witch, posted a video of yet another abandoned Chalice Dungeon creature. Unlike the Great One Beast, though, this…thing…is nothing more than a standard (and unnamed) Chalice Dungeon enemy, but it too seems almost complete; all of its animations, textures, and sounds are intact.

Again, we are left with the question, “Why did this enemy not make it into Bloodborne?” Well, that and, “How much more cut content is waiting in the game’s files?” Then again, one particular enemy remained undiscovered in the Chalice Dungeons until 2017, so gamers might have a lot more content to discover in Bloodborne, cut and otherwise.