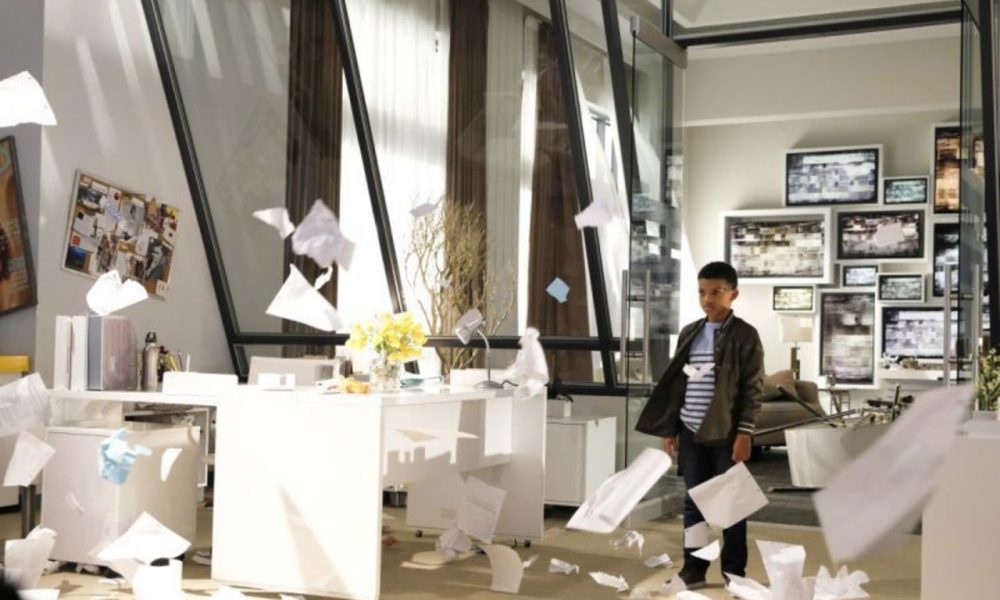 This week’s episode of Supergirl is more about a side character than the Girl of Steel herself. In it, Jimmy Olsen struggles to find his place as the superhero Guardian while looking after an alien boy named Marcus whose mother had attacked a nearby city block. It’s revealed later that this particular species of alien is susceptible to a specific frequency reached through the generation of portals. Queen Rhea of the planet Daxam has been secretly making a portal with the help of Lena Luthor for her own nefarious purposes. After Jimmy manages to calm the aliens who are adversely affected by the portal, a fleet of Daxamite ships appear and prepare to conquer Earth.

While Supergirl spends most of the episode off hunting down Marcus’ mother, Jimmy is beginning to question his role as Guardian. At the beginning, he saves a woman from being mugged and she shows herself to be more terrified of him than the muggers. Later, he struggles with connecting to Marcus in order to help find his mother. As it goes on, Jimmy’s insecurities about his role are made more and more apparent until Jean gives him a pep talk and he manages to save the day in the end.

This episode made me start to appreciate Jimmy’s character a bit more. I wasn’t really a fan of his role in the first season since he literally existed as a plot point to motivate Supergirl and nothing else. From there, he didn’t have much to do in the story so the writers decided to give him the mantle of the Guardian superhero. While a nice, edgy counterbalance to Supergirl’s up, up and away story, I couldn’t help but feel they should’ve used Batman here instead of making Jimmy the Guardian. He clearly exists in this universe and has his biggest shout out in this episode than any previous episode in the series which only made me want that more.

However, they found a place for Jimmy in this episode. He, himself, understands how useless he is in the story and this episode was largely about him reconciling with that and finding his use. He manages to motivate the aliens at the end of the episode far more as himself than the Guardian. This shows that his secret identity works just fine as a character. As for his superhero alter-ego, he will no doubt find plenty of use in the next few episodes considering the alien invasion of Earth. Beyond that, it’s up to the writers to find a new way to keep his character relevant when season 3 comes around.

As for what didn’t work very well in this episode, there are several instances throughout where the audience would have to suspend their disbelief in order for them to work. One of the biggest is that there’s absolutely no way given how active Guardian has been as a hero these past few months that this is the first time someone was afraid of him. The other huge instance is when Rhea has a moustache-twirling, not-so-subtle evil chat with Supergirl on Lena Luthor’s phone in front of her in a room filled with people and no one notices. To be fair, this is the same show where the main character is an alien girl who flies around in a cape and skirt, is indestructible, and has laser beam eyes and super strength. However, they’re still flaws and took me out of the show when they happened.

Overall this episode was pretty average. It wasn’t great but it also wasn’t bad. There’s the usual over-the-top comic book silliness that exists throughout the show, but if you’re still watching Supergirl and enjoying it at this point then you probably don’t care about that.