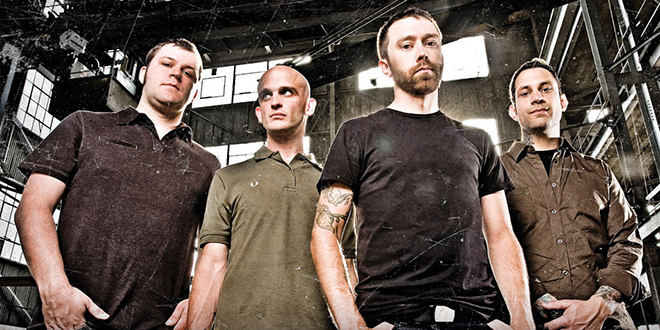 After a tiring week of work we always wait for that moment of the weekend when, we can sit back on our couch and just relax. And we all know that music is beneficial for our state of mind, so why not choose the perfect song. For this weekend I picked for you a little dose of “what’s happening in the world right now” from Rise Against with the song Prayer of the Refugee.

Rise Against has been around since 1999, was formerly known as Transistor Revolt until 2001 when they changed their band name. They are that type of band that doesn’t only promote messages through their songs they are also actively involved in projects that matter to them. They support Amnesty International, the It Gets Better Project and they promote animal rights constantly and all the band members are actually vegetarians. Throughout their career, Rise Against promoted messages through their songs about loving one another, political views, basic human rights, environmental issues, society and so much more.

The biggest concern in the world right now is what should every country do about the big number of Syrian refugees. There is a lot of controversy revolving around the refugee crisis and this song can convey how refugees might feel (not ISIS refugees). The song puts you in a refugee’s shoes and how he is forced to leave his home and go somewhere else to start a new life. It also has an empowering message by instigating a stand your own ground message towards governments that deny their human rights. Although the ISIS threat is real we should not forget to be humans with those who are in need.