Evolution, climate change still being rejected by a lot of Americans 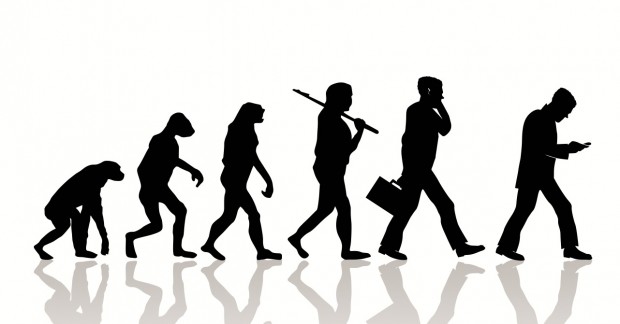 Evolution, climate change still being rejected by a lot of Americans

Do you believe in evolution? Do you think climate change comes as a direct result of human activity? What about GMOs, are they safe to eat? A recent study reveals that American citizens still have very different views when it comes to these issues, but more importantly, their views are in opposition to those of scientists a lot of the time. The study was realized by the Pew Research Center in collaboration with the American Association for the Advancement of Science and was based on two surveys, one aimed at the general public while the other was targeted at members of the AAAS. So, curious about what percentage of Americans believe in evolution? Well, let’s see.

The survey has found that about 65% of US citizens now believe that humans have gradually evolved over time while 98% of AAAS scientists are also of this opinion. However, only about 35% of Americans seem to believe that evolution occurred naturally, just like Charles Darwin suggested back in the 19th century. Interestingly enough, quite a few members of the public (about 24%) believe that human evolution was actually guided by a divine being. Even more interesting is that only about 31% of the public seems to think that we did not evolve at all, but that we were created in this exact form. The public was also asked if they think that scientists generally agree that humans are the result of evolution and 66% of them said that they do.

Meanwhile, people are even more divided when it comes to the issue of climate change, with only about 50% of the public agreeing that this problem comes as a direct result of human activity. On the other hand, almost all the AAAS scientists (87%) who took part in the survey agree that our actions have a negative impact on the environment and are slowly causing the climate to change. That said, the biggest gap between the US public and the scientists seems to be on the issue of GMOs, specifically whether or not they are safe to eat. Unsurprisingly, most scientists (around 88%) are saying that genetically-modified foods are ok to eat while relatively few members of the general public (37%) seem to agree with them.

A number of other important issues were also discussed, including mandatory vaccines for children, animal research, offshore drilling, the space station, and many more. You can read more about the results of this poll on the Pew Research Center website.