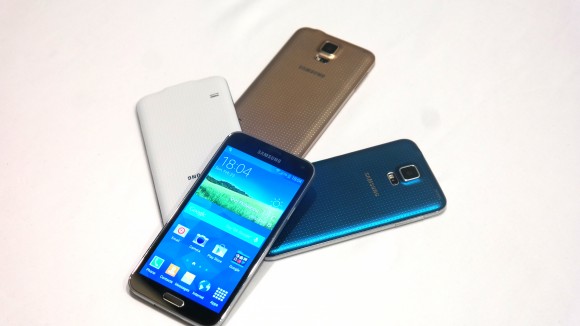 Update: AT&T has also started the rollout of Android 5.1.1 Lollipop for the Galaxy S5 on October 23. Users on the network should check for updates and make sure to have a Wi-Fi connection and a full battery before starting the installation.

T-Mobile was first to star the rollout of Android 5.1.1 Lollipop to the Samsung Galaxy S5 back in June, but other carriers like AT&T, US Cellular, Spring and Verizon are still behind schedule with the Galaxy S5 update rollout. While Samsung users have definitely become accustomed to the late delivery of updates with the company, this time users are losing their patience pretty fast. With Android 6.0 Marshmallow already rolling out to Nexus devices and Motorola preparing to update its own handsets soon to Google’s brand new operating system, Samsung fans have given the South Korean company an ultimatum.

The Galaxy S5 update is not yet available OTA all over, but various users in the U.S. are reporting that they’re getting the update. The Galaxy S5 Mini update has also begun its rollout a couple of days ago. The firmware for the Galaxy S5 Mini update to Android 5.1.1 Lollipop is already available for you to flash on your own, if you choose to do so. Beware, as your warranty might be voided and you might end up bricking your device if you don’t know what you’re doing. SamMobile has posted the firmware online a couple of days ago, so head on over to check it out if you’re tired of waiting.

When it comes to the Galaxy S5 update however, Samsung has not yet released the firmware, unfortunately. There are options out there, such as customized ROMs from Cyanogen, but that’s only for advanced users. Although the Galaxy S5 update rollout has begun, the rollout itself is rather slow, as usual. Carriers are mostly ready with their updates, but beginning the rollout needs to be done in stages so that everyone can get it without download hitches and installation problems.

With the ultimatum from customers, Samsung better speed up the rollout of Android 5.1.1 Lollipop. Nonetheless, if this minor update that is crucial especially to help with the Stagefright bug and various other issues Galaxy S5 users have had with the flagship takes so long to roll out to all the phones that the company sold, we don’t want to think about how long the Android 6.0 Marshmallow update rollout will take. Skeptics say Samsung won’t complete the Galaxy S5 update rollout to Marshmallow until March 2016, which would be rather shameful for the company.

Samsung has never been good with updates and with the company all caught up in updating its most recent flagships, it seems like the Galaxy S5 has been forgotten, even though it’s one of the company’s best selling handsets of the past few years. Unfortunately, there’s not much users can do at this point, save for flashing ROMs themselves if they’re tired of waiting aimlessly. Carriers in the U.S. should update their phones this month, while unlocked units should see the same fate. Whether the parties involved will manage to at least speed things up in the update department is uncertain at this point.