Will artificial intelligence really pose a threat to humanity some day? 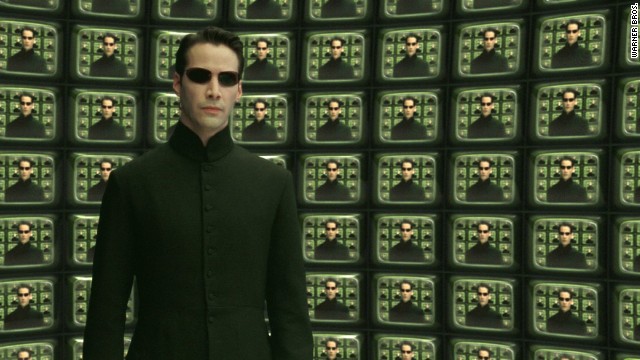 Will artificial intelligence really pose a threat to humanity some day?

I’m a real sucker for movies based on the idea of advanced artificial intelligence and its potential applications in the future. Unfortunately, most blockbuster sci-fi movies including classics like Terminator or The Matrix depict a very bleak future where humanity is either enslaved or slowly being driven extinct by our own creations. But what are the chances of this actually happening? This is something I often wonder about and I’m certain that there are many others who can say the same. Naysayers may dismiss these concerns as being irrational or ridiculous, but actually, quite the opposite is true. Stories about creators being eventually destroyed by their own creations can be found all throughout human history. The ancient Greeks believed that the Titans were destroyed by Zeus and their other children so why would it be strange to think that mankind could suffer the same fate at the hands of machines powered by artificial intelligence?

Ironically, the Greeks also ended up destroying – or rather forgetting – the very gods they created. But let’s get back to the present now. Ordinary people with little knowledge about artificial intelligence are not the only ones worried that things may one day get out of hand. Renowned scientists and engineers who happen to be working in the field also agree that AI-driven machines could potentially pose a problem if left unchecked. Among the said scientists, we find none other than professor Stephen Hawking who had quite a few things to say regarding the matter back in December. Professor Hawking believes that things could quickly get out of hand if we’re not cautious, although he agrees that artificial intelligence will likely pose no threat to us in the near future. Seeing as how AI is currently no where near being capable of creating a Terminator, I think we can breath easy for at least a few more years.

But what about the future? Well, contrary to what Hollywood teaches us, humans are actually responsible and do take precautions once in a blue moon. An organization that calls itself the Future of Life Institute has recently published an open letter that aims to educate people about the benefits of artificial intelligence, as well as the potential dangers. Many well-known personalities have already signed the letter including Stephen Hawking and Elon Musk. The CEO of Tesla and SpaceX took it one step further though, and donated $10 million to the institute earlier today. The money will go towards R&D and coming up with ways of making artificial intelligence safer, just in case. Assuming that you don’t have such ridiculously large sums of money lying around to donate, you can still help out by signing the open letter which can be found right here.

Funding research on artificial intelligence safety. It's all fun & games until someone loses an I http://t.co/t1aGnrTU21

As for the question found in the title of this article, many people do believe that artificial intelligence could pose a real threat to us in the future and luckily some of them are even coming up with solutions to prevent that from happening. But while we’re unlikely too see man-hunting robots any time soon, there’s no denying that AI technology is starting to become a very real part of our lives. From Microsoft’s Project Adam and Google’s self-driving cars to the inevitable sentient Japanese robot bound to be announced any day now, more and more companies are attempting to find various applications for artificial intelligence and they likely haven’t even scratched the surface yet.

The language barrier will soon become a thing of the past thanks to technology
Do humans have more than five senses?