Galaxy Note 5 rumor round-up – the favorite of the bunch 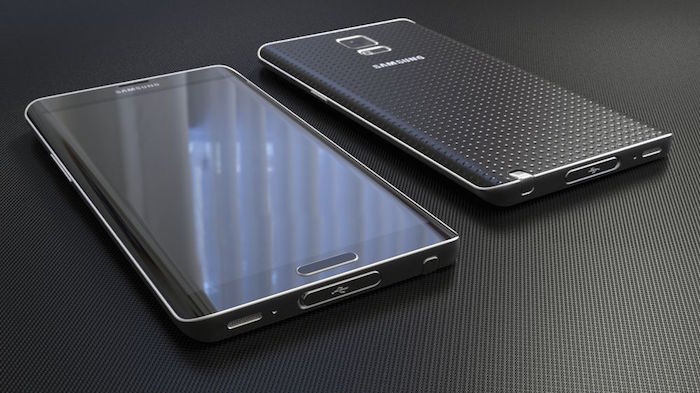 Galaxy Note 5 rumor round-up – the favorite of the bunch

A month has passed since the official unveiling of the Galaxy S6 and now everybody seems to be boiling with excitement about the next big thing from Samsung, the Galaxy Note 5. Its predecessor, the Galaxy Note 4 was one of the best (if not the best) releases of 2014 and it was the first step for Samsung when it comes to premium phones. Although Samsung had tried being premium with the Galaxy Alpha and even with the Galaxy S5 a bit, it didn’t manage to truly make users say: now that’s what I call a nice phone! until they released the Samsung Galaxy Note 4. The impressive display, specs and features, not to mention the upgraded S Pen made the Note 4 one of the favorites of the year, right up there next to the iPhone 6 Plus and LG G3. That was a good start, followed up with the great Galaxy S6 and Galaxy S6 Edge but fans seem to be much more excited to see the Galaxy Note 5 already.

The Galaxy Note 5 release date is expected in September, during the next IFA maybe, so we do have a lot of time to speculate about what novelties this phone will bring to the smartphone market. With the Galaxy Note 4 getting such good responses to the large, 5.7 inch QHD Super AMOLED panel, the Galaxy Note 5 display will most likely borrow from that design language and technology and put out an even better display. Rumor has it that while Sharp is manufacturing their new 4K smartphone display, Samsung is hard at work on their own 4K display, which will end up on the Galaxy Note 5/ Even though there are not many fans of the 4K smartphone display, Samsung might just turn the tide with the Galaxy Note 5. The way in which Samsung has improved their display- and battery technology for the Galaxy S6 will definitely pay off when engineering the Galaxy Note 5, so we’re looking forward to a device with at least a 2 day battery life and great performance. The Galaxy Note 4 was already in the top 5 when it comes to battery life, right after the Sony Xperia Z3, so that’s where Samsung should end up being with the Note 5 as well if they know what fans really want. 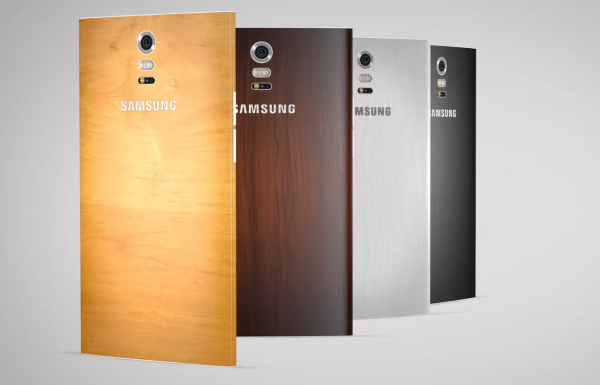 The Galaxy Note 4 got the newest processor from Qualcomm onboard, making the Note 4 the most up-to-date and future-proof device when it was launched. A similar scenario comes to mind when thinking about the Galaxy Note 5 and speculation is fueled by the new rumors about Samsung and Qualcomm working together on the next few Snapdragon chipsets. Various news reports say that Samsung will be manufacturing the Snapdragon 815 and the Snapdragon 820 for the next big launch season in the Fall. That certainly means that if rumors are true, the Galaxy Note 5 performance will be off the charts with either of these chipsets. If Samsung won’t be manufacturing the Snapdragon chipsets, the most likely scenario involves a new Exynos CPU for the Galaxy Note 5, which sounds equally exciting.

Samsung really went all-out for the Galaxy S6 camera and proved that smartphone cameras can be close to DSLRs in delivery. That being said, the Galaxy Note 5 should definitely be improved in the camera department. Although almost all Galaxy Note 4 users were more than happy with the Galaxy Note 4 camera, there’s always room for improvement, especially now, when everybody is trying to be a photographer. I mean that in the friendliest sense possible: everybody wants to be able to create great photos without having to splurge on high-end camera equipment. For Instagram or Facebook, it doesn’t matter. What matters is that people want good cameras in their smartphones and Samsung is listening to them. The Galaxy Note 5 camera should end up being a similar sensor to what we got on the Note 4, but with upgraded features, better OIS and maybe some extra features like optical zoom or a Xenon flash, although the latter doesn’t seem very likely. We’re thinking a 20 MP camera with an improved sensor and maybe even an added depth-sensor in there. The front camera isn’t that interesting, but we think Samsung will bump that up to 8 MP, too.

The Galaxy Note 5 will definitely get a dual edge display

Seeing as the South Korean company has been focusing on smartphone design a lot lately, expectations regarding the Galaxy Note 5 design are pretty high. The metal chassis is definitely a keeper, but if the company listens to feedback, they might renounce the glass back panel which is currently a fingerprint magnet that needs some skinning. A more texturized, leathery material seems to be pretty popular when it comes to smartphone back panels, so that’s our guess as to what type of premium design the company will choose for the Galaxy Note 5. The problem with leather is that it wears and tears pretty fast, so the other option would be using industrial materials as seen on the Motorola Droid Turbo. Maybe some kevlar back panel or even the texturized carbon-fiber weave-like panel of the Droid Turbo could serve as inspiration pieces. One thing we know for sure: the fingerprint and heart rate sensors are staying, and so are the metal details.

One thing is for sure: the Galaxy Note 5 will be pretty awesome. If we look at the way in which manufacturers are moving forward with design and engineering, there is nothing but sass coming our way in the future. You can’t always judge by current trends, but Samsung seems to have hit the sweet spot and it would be a shame if they moved away from a design element (or elements) that consumers seem to be really enjoying. As such, the Galaxy Note 5 will most likely be launched in another Edge variant, which will be a blend between the Galaxy Note Edge and the Galaxy S6 Edge in our minds. We’re definitely very curious, but we’ve nothing but rumors to go by right now. We’ll keep you up to date as soon as Samsung or some neat execs spill some beans about the upcoming flagship.