Samsung Galaxy Note 4 vs Galaxy S6 Active – out with the old, in with the new

Samsung Galaxy Note 4 vs Galaxy S6 Active – out with the old, in with the new

Samsung has done right well for itself in the past few months, impressing millions with the past few smartphones that it has released. The Galaxy Alpha, which is now discontinued, has set off a trend for Samsung and the company has successfully adopted the new metal standard which is appreciated by many premium smartphone enthusiasts. With the Galaxy Note 4, the South Korean company managed to create a cult favorite, surpassing the popularity of its flagship, the Samsung Galaxy S5 and setting the bar higher than ever for future releases. Alongside the Galaxy Note Edge, the Galaxy Note 4 marked a turning point for the company, which became clearer than ever when the Galaxy S6, Galaxy S6 Edge and finally, the Galaxy S6 Active were announced.

Although the Galaxy Note 4 and Galaxy S6 Active are inherently different, they do have things in common and both can be considered important stepping stones in Samsung’s smartphone design and engineering history. For those of us who are looking to upgrade their smartphone collection this year, it could be a challenge to choose from so many high-end devices that were launched this year. Samsung fans will have trouble choosing between the Galaxy Note 4 and the Galaxy S6 Active, mostly because they are both excellent devices which belong to niche categories of their own. For those who want the latest and greatest, it could prove a challenge to choose between these two.

Although the Galaxy S6 and Galaxy Note 4 are definitely not affordable smartphones, they are top of the line flagship devices made for high-end performance and with a lot of sass on top. Naturally, the Galaxy Note 4 design is made with premium in mind, which is why the phone has a metal frame, neat faux metal back panel and a slim, thin construction that will appeal to anyone. The large QHD display helps with that appealing nature and will definitely be a pull factor for anyone looking to upgrade their gear this year. But the same type of argument could be made when talking about the Galaxy S6 Active design: it appeals to those who like sturdy, durable and waterproof smartphones, all the while keeping the build premium, neat and appealing,

One of the big advantages the Galaxy S6 Active has over the Galaxy Note 4 is waterproof certification. The design of the phone is more clunky and bulky because of that, but the phone does offer top-notch water- and dust proof certification, which means that the Galaxy S6 Active is the perfect phone for those who have more active lifestyles or work in dangerous environments. Its shock resistance only adds to its appealing nature, and the physical buttons on the front of the device actually look pretty stylish, although they do remind one of Cat Phones.

The Galaxy Note 4 is a pinnacle of subtlety when it comes to design. Samsung slapped a neat case on the Galaxy Note 4 and the big QHD display is the main selling point of the device. The Galaxy Note 4 was made with power users in mind, which is why the addition of the S Pen and extra features within TouchWiz specifically designed for styli and note taking can be viewed as obvious signs of a device designed for business users. Samsung went all out with the Galaxy Note 4 and many reviewers, fans, enthusiasts and specialists consider the phablet the best release from the company to this point. Although the new flagships, Galaxy S6 Active and its brothers, are definitely another step up the ladder of modernity, there’s no denying that the Galaxy Note 4 finds a balance between performance and design that are extremely appealing to Android users, and even iOS users.

Compared to the Galaxy S6 Active, the Galaxy Note 4 does not boast with the new Exynos chipset and enhanced storage system, but regardless of that minus, performance is still top notch, without a doubt. That alone demonstrates what companies are trying to do: get people to upgrade to new phones, even though they technically wouldn’t need it and buying a new phone just for the style, fashion, design and hype of it will not improve their user experience. Sure, the Galaxy S6 Active is waterproof and comes with a premium design, not to mention upgraded hardware and camera, but the Galaxy Note 4 can handle the same tasks just as fast, and its camera can take pictures just as well. Moreover, the Galaxy Note 4 is considered by many to be the best smartphone camera of the year 2014, which is saying quite a lot about the phone. 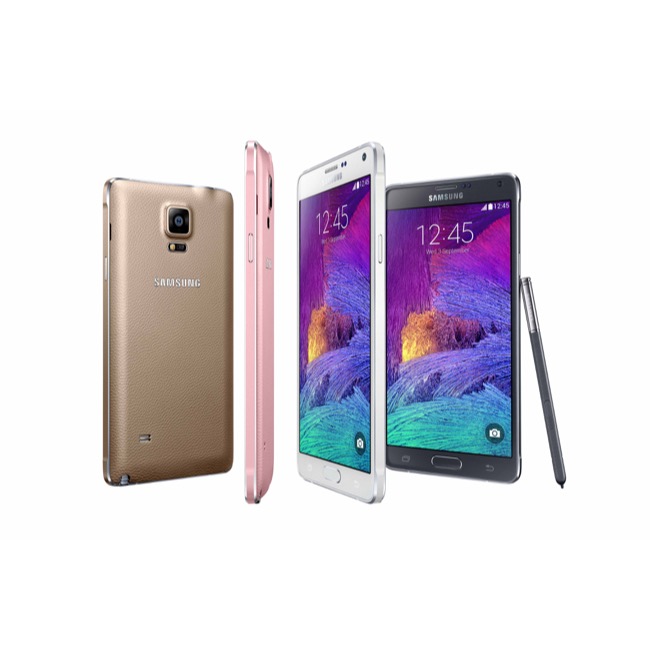 The galaxy Note 4 is thinner and has a stylus

Regardless of each phone’s features, the ultimate decision comes down to preference. Would you rather have a top-notch device with great performance and optimized stylus use, or a rugged, durable, waterproof phone with equally good performance? It all depends on the environment that one uses their phone in and the use they actually get out of the phone. It could be that neither the Galaxy Note 4 or Galaxy S6 Active are worthwhile investments if the buyer just wants something to call and text and browse social media, for example a student buyer. There’s no denying that no matter your line of work or activity or hobbies, a smartphone will prove itself useful to you. But buying the latest and greatest phones for an enormous sum of money can be a rash decision and I advise everyone who’s looking to buy to think things through, maybe they’ll end up thinking that a Moto X or Motorola Droid Turbo or even a Mlais M4 Note would be sufficient for their needs.

Leaving our own personal preferences and needs aside, is the Galaxy S6 Active truly a better investment than the Galaxy Note 4? It depends would be the most honest answer. But truthfully, the Galaxy Note 4 is a better acquisition, for various reasons. For one, its 5.7 inch QHD panel is bigger than the Galaxy S6 Active display which measures 5.1 inches and comes with the same Super AMOLED QHD panel. Sure, pixel density is increased and the screen is visibly sharper, but the Galaxy Note 4 display can do virtual reality and anything else you want it to do just as fine. Waterproof certification is definitely a good thing, but only if you’re actually planning on taking the phone with you surfing, which I’m sure only a handful of people are willing to do. The Galaxy Note 4, as well as most other phones on the market, is slightly water resistant, which means it won’t die on you because you spill a bit of water on it or get it wet in the rain. That proves that although the Galaxy S6 active is a beast of a phone, it’s definitely a good investment only for those who will actually make use of the waterproof certification and rugged construction. Most people who spend more than $500 on their phone will be careful enough not to drop it or abuse it, so buying a rugged phone from AT&T for $1000 just to feel safer is a rash investment. You can do the same with a rugged case for the Galaxy S6 and have the safety and security of your phone assured.

The camera of the Galaxy S6 Active is identical to the one on the flagship, but slightly superior to the Galaxy Note 4 camera. Although the Galaxy Note 4 is an excellent camera smartphone, the Galaxy S6 and its Active buddy to handle low light better, move faster and have more features. Nonetheless, the Galaxy Note 4 camera is very very good and handles any situation gracefully. On a first look, many people can confuse the pictures the Galaxy Note 4 (and iPhone 6 Plus, for that matter) takes with those taken with a DSLR camera, which does denote that the photos are of high quality, for a smartphone at least. Although cameras on smartphones are definitely selling points, it does come down to what you intend to do with that camera when it comes to deciding whether its worth investing or not. If you just want to upload photos to Instagram and take family holiday photos, it might not be worth it. But I do understand the fact that no matter what you do with the pictures you take with your phone, it’s better to have a high quality camera like the one in the Galaxy Note 4 and Galaxy S6 Active. That’s because those photos can be used for many things in the future and viewing them in higher quality adds to the emotional attachment that we might feel when looking back on photos a few years from now. That being said, although I’m not very fond of smartphone photography, investing in the Galaxy S6 for its superior camera does sound like a good idea. 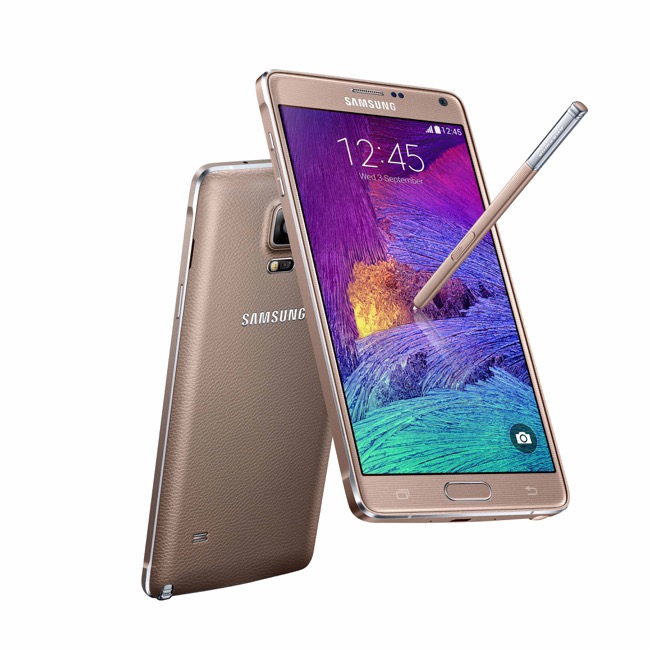 With all that out of the way, now you have to make your choice. The Galaxy Note 4 advantages include a big QHD display, a massively good camera, excellent battery life, slim and sleek design, metal frame and stylus. Galaxy S6 Active advantages include water- and dust proof certification, sharp QHD display, fast charging, wireless charging, superior processor and performance, storage optimization, excellent camera and probably excellent battery life. As I’ve said earlier, it comes down to what you want from your daily driver, so choose wisely. Let us know in the comments below which of these flagships you would rather have as your daily driver and why.